Come For The Nostalgia, Stay For A Cut And Shave At The NYC Barber Museum

While New York may have its fair share of niche museums, a new museum that honors the classic art of barbering is now open on the Upper West Side.

The New York City Barber Museum offers a chance to step back in time and visit an old-fashioned barbershop. Visitors can marvel at an array of old-school memorabilia which includes straight razors, spinning barber poles, and antique barbershop chairs, all free of charge. And yes, it's also a functioning barbershop (part of a family chain that has been in operation since the 1940s).

"We offer three kinds of packages," Arthur Rubinoff, the owner of the New York City Barber Museum, told Gothamist. "And each time you come in for a cut you get a personalized comb." (One of those packages is the 21st Century Cut, which costs $118 and is executed with gold scissors.)

If you're lucky, you may even get a history lesson from Rubinoff, who is a fourth-generation barber. And perhaps some life advice, too.

"Barbers are not just barbers, we are psychiatrists," said Rubinoff. 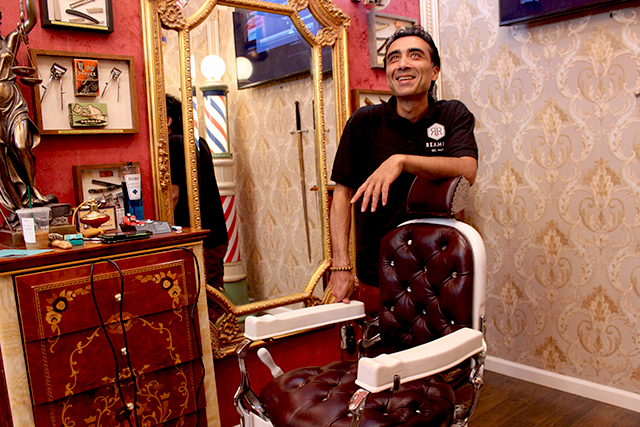 The artifacts inside the 670-square-foot space are part of Rubinoff's personal collection. Other notable old-school items include tools from his great-grandfather and a Koch barber chair, which looks strikingly similar to the one that James Dean once sat in. 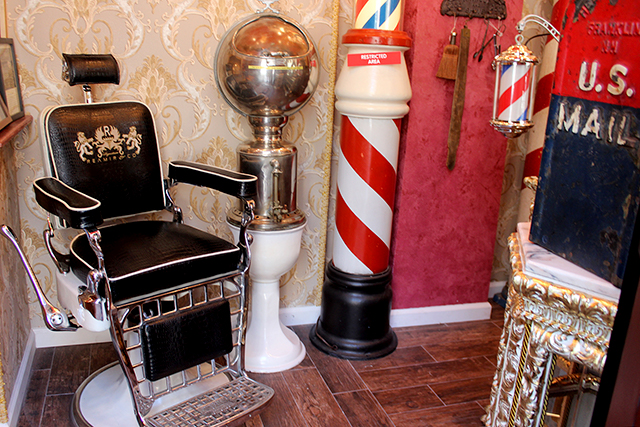 An old-school towel steamer and antique barber chair sit at the entrace of the museum. (Madeleine Crenshaw/Gothamist.)

Originally from Fergana, Uzbekistan, Rubinoff said he grew up in his father's barbershop, which claims to have been the first place in Uzbekistan to offer the wash, cut, and blow dry. Rubinoff started to blow dry customers' hair there when he was only 9 years old, and said his father even made a special pedestal so he could be tall enough to reach the clients' heads.

"I was kind of short, so I would go on the pedestal and do the blow drys for my father's customers," said Rubinoff.

At 14, Rubinoff moved to America with his family and resettled in Forest Hills, Queens. He continued to work at his father's barbershop in Astoria. The family proceeded to open seven barbershops throughout the city under the name Reamir & Co.

Rubinoff also had a stint in the jewelry business and designed a ring for Tupac Shakur, according to the NY Times. They also note that in 2012, he was arrested "for keeping an unlicensed gun in a safe in his Forest Hills home," and was sentenced to 20 months in prison, where he cut hair for cigarettes and stamps. 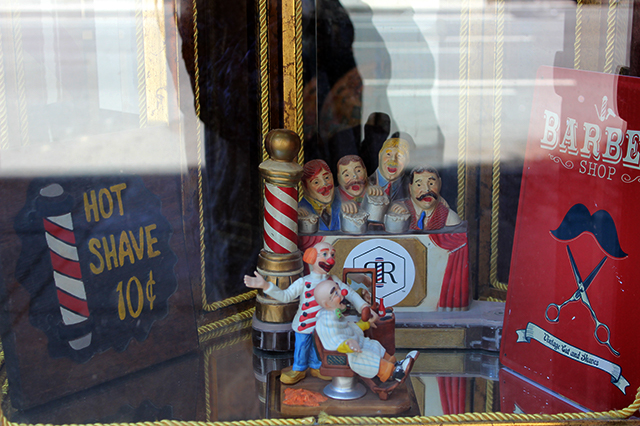 A closeup of the museum's storefront. (Madeleine Crenshaw/Gothamist)

Although Rubinoff's father passed away in 2003, he continues to keep up his family's legacy by running a string of barbershops uptown. He says the museum was originally a joke within the family because of his father's love of old things and vast collection of barbershop memorabilia.

"He always liked old stuff, even back in Uzbekistan," he told Gothamist.

The fourth-generation barber plans to switch out his memorabilia every six months, to showcase his family's vast collection. The museum will also have live music and entertainment every Thursday night.

"I like to be different, I like to create stuff," said Rubinoff. "In former Soviet Union, we couldn't do what we do here. I'm blessed that we're here."

The NYC Barber Museum is located at museum at 290 Columbus Ave in Manhattan, and is now open.