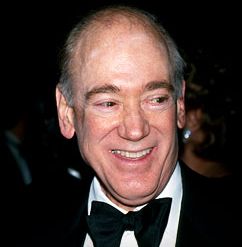 Clay Felker, founder of New York magazine – a publication he once described as a guide to “how the power game is played, and who are the winners” – died this morning at his home in Manhattan. He was 82 and had been battling cancer of the throat and mouth.

Felker started New York in 1964 as a Sunday supplement to The New York Herald Tribune; when that paper folded he collaborated with graphic designer Milton Glaser to introduce New York as a glossy weekly. Kurt Andersen, in his obituary for Felker, writes:

His founding inspiration was to cover the scrum and spectacle of urban life as if it were sport of the most interesting possible kind, the city (or anyway the lower two-thirds of Manhattan) as postmodern gladiatorial coliseum, complete with colorful play-by-play and the latest stats and rankings.

Felker lost control of the magazine to Rupert Murdoch in 1977 after a bitter takeover battle. The magazine has had plenty of critics over the years who derided its Manhattan-centric focus on status and power. According to the Times obituary, Gloria Steinem, who was once one of New York's "star writers," noted that “when the city is falling apart, we are writing about renovating brownstones.”

But as Felker later put it to the Times: “I’ve been criticized for being elitist, but that’s who, broadly speaking, consumes print.” Now that New York has aggressively pushed into the somewhat more democratic online arena, one can find a bit more of a mix; today the nymag.com homepage features links to articles on a potentially boring Seth Rogen movie and "The Two-Timing Substitute Teacher With the Porn-Addict Friend."

#82
#cancer
#clay felker
#dead
#died
#new york magazine
#obituary
Do you know the scoop? Comment below or Send us a Tip
A new Gothamist is coming! We’ve moved comments over to our beta site. Click here to join the conversation and get a preview of our new website.