Classic Photos Of Hip Hop's Birth In The Bronx, Reinterpreted

More than an extraordinary display of photos and paintings of the South Bronx in the ‘80s, “Faces From the Block” is a show that tells the story of how iconic images of the birth of New York City’s hip hop and graffiti scenes traveled to another country, connected different cultures, and formed an unlikely collaboration that is now inspiring the community where it all began.

Currently at The Bronx Art Space, the show centers around Bronx-born photographer Ricky Flores. Inspired by an image given to him by his father of Rio de Janeiro’s Christ the Redeemer at an early age, Flores went on to spend his life photographing his friends and the world around him—which just so happened to be the birth of hip hop. 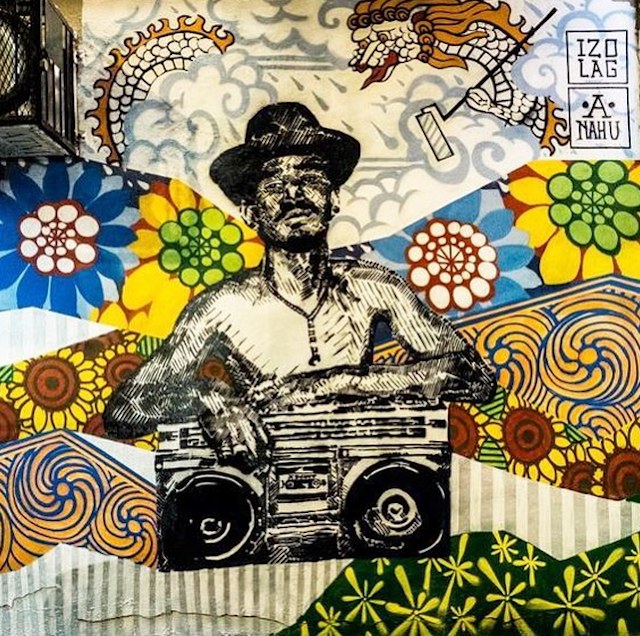 “Everything you see in the show are people I grew up with, people who were friends of mine,” Flores told Gothamist. “There are some people in those photographs that I started conversations with years ago, and we can pick up where we left off like it was just yesterday,”

The show also features a collaboration that stemmed from a chance encounter on the internet.

In 2008 Flores began storing and sharing his images on Flickr. People took notice, including Brazilian artists (and married couple) Izolag Armeidah and Ananda Nahu, who began painting their own interpretations of Flores’ images and posting them on Flickr, tagging Flores to alert him of what they were up to.

“One of the first things I noticed is, the people who started gravitating to my work were people from all over the world. And I was thinking, what do they care about this stuff? What’s so special about that to them? We took graffiti and the dancing for granted,” Flores told us. 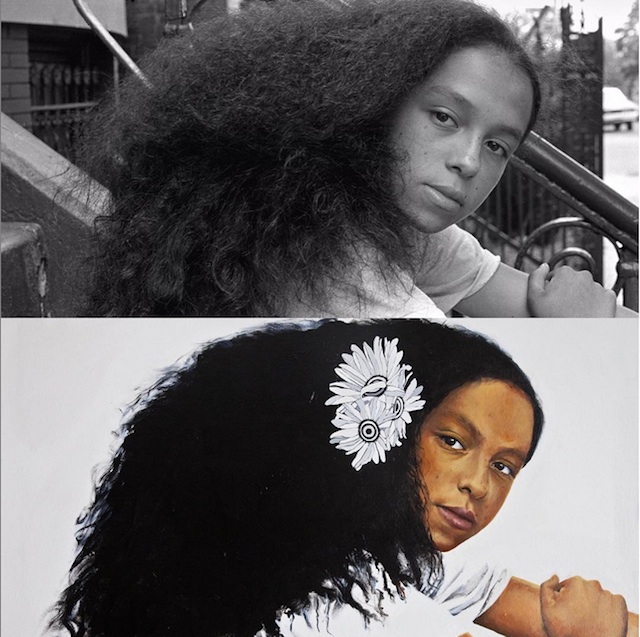 For Ananda Nahu, the attraction to his images was instantaneous.

“When we saw for the first time Ricky Flores’ registry, we immediately realized we were facing an important cultural patrimony of humanity, photographic records of the artistic and cultural movement,” she said.

“For us, the South Bronx and Brazil are very close. They share the same Latin spirit that moves and transforms the life as we know it wherever you are, and the demonstrations that have emerged in this time influenced and influence the world to the present day.”

The couple’s interpretation of his images didn’t sit well with Flores at first. He described how an online collaboration and friendship developed as the three began to trust each other after he first saw Izolag’s painting of a photograph of his friend Carlos.

Flores describes Carlos as “the closest thing I ever had to a brother,” who tragically died young of a drug overdose. Without having known him, Flores said Izolag painted Carlos “very lovingly.” 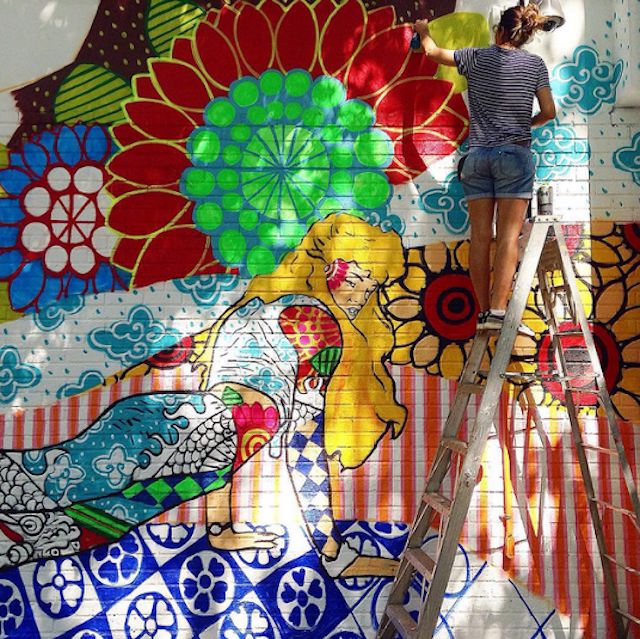 More curious connections continued to be made, to Flores’ delight.

In the show at the Bronx Art Space, two murals—one by Izolag and one by Nahu—are painted on directly opposing walls. One is Nahu’s colorful portrait of Flores’ friend Ronie, the other is Izolag’s black and white portrait juxtaposed with his signature script graffiti of Flores’ friend Joey. What the painters didn’t know is that Joey and Ronie had a neighborhood-infamous series of one-night-stands. The real life Joey was in attendance on opening night.

“He walks in and he’s totally floored by seeing himself like that,” said Flores. “But then I said, ‘Hey look who’s on the wall behind you.’”

You can see “Faces From the Block” through this Saturday, August 8th, and catch the artists talk about their work at the space tonight at 6:30. You can also see the trio’s mural work around the South Bronx as they spend their summer working with the community.

“We are taking action within the community centers in the Bronx neighborhood through social organizations, because the project idea is to create murals where the community could look up and feel represented with the support of the own social centers of the Bronx,” Nahu told us.

“We are painting the playgrounds of community centers in Mott Haven, Betances, and Mitchell, in addition to making a big wall facing the Bronx Documentary Center for the next exhibit of the legendary group of Bronx photographers, Seis del Sur.”

Terri Ciccone is an arts and culture writer living in New York City. You can read more of her work at ContrappostoArt.com, and follow her on twitter at @TerriCiccone.