If you have some time during your lunch hour today—and you're in Midtown—consider checking out some of the performers auditioning for the MTA's "Music Under New York". About 70 acts will be trying out in front of judges at Grand Central Terminal's Vanderbilt Hall until 3:30 p.m.—and the public can watch, too.

Here's a look at the audition process from a few years ago:

The MTA's Arts & Design division will then assign 30 chosen acts in dozens of locations in the transit system. Last year Sarah Jessica Parker was on hand to check out the scene. 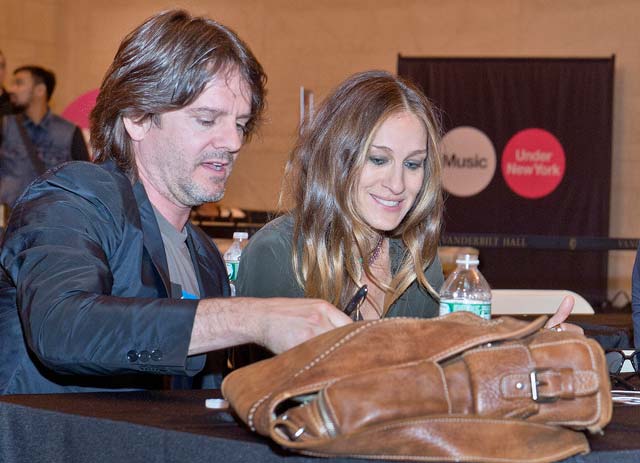 BuskNY, a group that advocates on behalf of subway performers, has argued that transit police are often confused by the MUNY banners, and mistakenly believe that subway performers are required to possess them. Last year, after multiple wrongful arrests of subway buskers, the group urged NYPD brass to remind cops that "no permit is required to perform in subway stations or on subway platforms." BuskNY also stresses that the "MTA allows all performers to accept donations," and "Music Under New York banners are not a legal requirement to perform."

Vanderbilt Hall is located north of the clock in Grand Central’s main terminal. And here's a video of the Ebony Hillbillies, who have been performing from the past year:

#grand central terminal
#MTA
#Music Under New York
Do you know the scoop? Comment below or Send us a Tip