Car 54 Where Are You? Try the NYC Police Museum Car Show 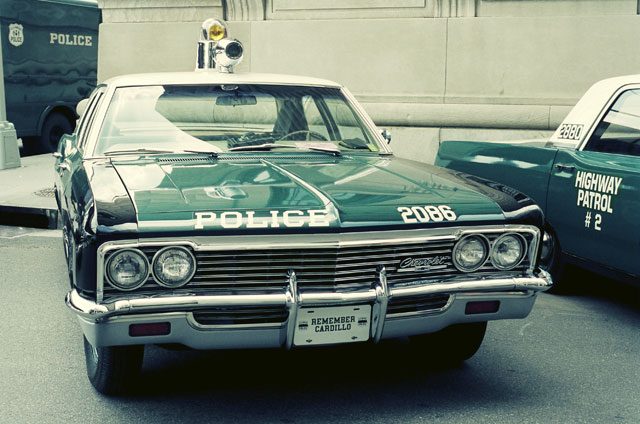 This weekend the New York City Police Museum will be holding its eighth annual vintage police car show (Saturday and Sunday 10 a.m. to 5 p.m.). It won’t just be cars from the history of the NYPD on display, but vehicles from police agencies from all over, along with cars you may have seen on television or movies. In past years Car 54, Adam-12 and the Batmobile have shown up. Another regular visitor is the city’s 1952 Chrysler Imperial Parade Phaeton one of only three ever built.

The car show is free, since it is held outdoors and in the past admission to the museum was also free during the show, so it may be the case this year. The museum will also be holding a travel safety exhibit this weekend.