That quaint little farmhouse on Charles Street in Greenwich Village doesn't have its roots in the neighborhood, it was moved there from the Upper East Side in 1967... and now it may be evicted. The home is currently on the market and being listed as a development site.

"The property consists of a 4,868 square foot lot creating a large blank canvas for a developer or user to execute a wide variety of potential visions, from boutique condominiums, apartments or a one-of-a-kind townhouse."

This will not end well. 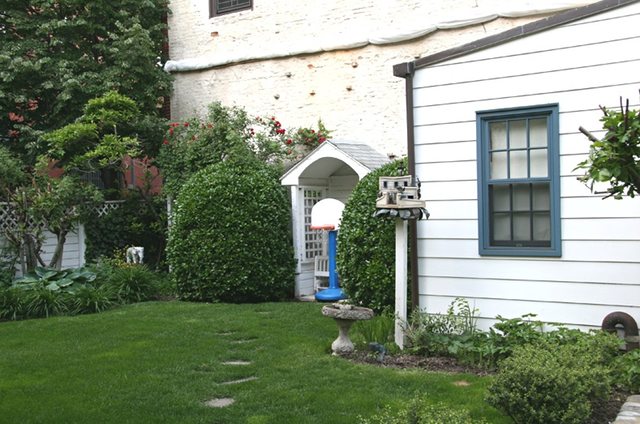 According to the Daily News, preservationists and historians (who believe the home dates back to the 1800s) are making some noise now that it's on the market, and "see the 1,000-square-foot home as an irreplaceable piece of the neighborhood’s history." 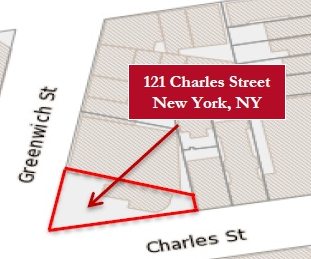 Currently, owner Suri Bieler isn't commenting on her decision to put it up for sale, but Andrew Berman of the Greenwich Village Society for Historic Preservation says they'll fight any developer who wants to tear down the home—"This is one of the most beloved and historic corners of the Village. We and many others would fight very hard to keep it that way."

NYDailyPhoto has photos from a previous visit, and notes:

"[It] was originally on a rear lot at 71st and York Ave. The exact date of its origin is unknown. The house was occupied in the 1940s by Margaret Wise Brown, author of Goodnight Moon. In 1960, it was occupied by Swedish-born Mr. and Mrs. Sven Bernhard, who, after extensive renovations, won ownership in 1966. However, the land was owned by the Roman Catholic Archdiocese of New York, who intended to demolish the house for the building of a new Mary Manning Walsh Home for the Aged. Wanting to keep the home, the Bernhards decided to move the entire house intact. With the help of architect William C. Shopsin, they located a vacant 3600-square foot lot on Charles Street."

And when the bucolic clapboard farmhouse moved, the cobblestone driveway came with it! All in all it cost $6,500, according to a NY Times article from that year. Here's a photo from the paper showing the home en route: 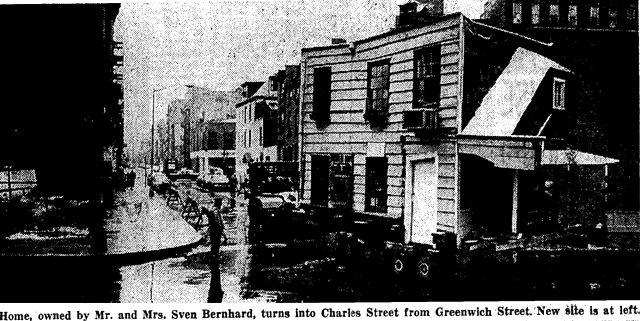 #121 charles street
#farmhouse
#greenwich village
#real estate
Do you know the scoop? Comment below or Send us a Tip