Brooklyn's Shuffleboard Club Is Coming Along, Could Use A Little Help 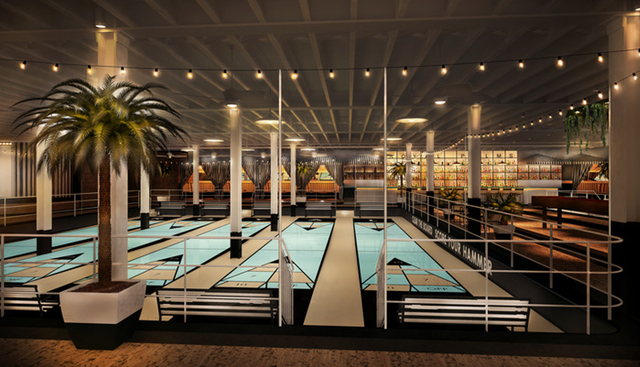 It's not open yet, but Our Heroes Ashley and Jonathan are busy building out their massive 17,000 square-foot space in Gowanus. And it's going to look amazing. And it's so large that they say food trucks will be driving into it to serve you from indoors. What a world! Here's some more info on the space, and we're told they plan on opening this Fall/Winter. Help make it happen people!

#kickstarter
#royal palms
#shuffleboard
#shuffleboard club
Do you know the scoop? Comment below or Send us a Tip