Brooklyn's Historic "Lady Moody" House Is On The Market

The house at 27 Gravesend Neck Road is currently on the market, but it's far from any ordinary home. To some locals it's known as the Lady Moody House (to others, the Van Sicklen house), and it dates back to the mid-1660s, according to ForgottenNY. The 5-bedroom has an asking price of $869,000.

Lady Moody settled in Brooklyn in 1645, relocating from England following the death of her husband. She was the first woman to receive a land patent, and according to the NYC Parks Department (there's a triangle named after Lady Moody), she "established one of the first towns with a square block plan in the New World," naming it after her home in the Old World.

The Historic Districts Council notes that this home was never Moody's, however:

On ground that was originally part of the northwest square of Gravensande there stands an ancient house built partly of rough stone. It is forty-two feet long and thirty-one feet wide. Within, it has heavy oak beams twelve by fourteen inches, wide fireplaces and a narrow flight of steps that climb against its north wall. The house belonged to John Van Sicklen. Although the land where the current house stands was listed as Lady Deborah Moody’s house in the 1890s by a realtor. This information is believed to be incorrect, for there no proof that the house once belonged to Lady moody; but her name now remains attached to the house. 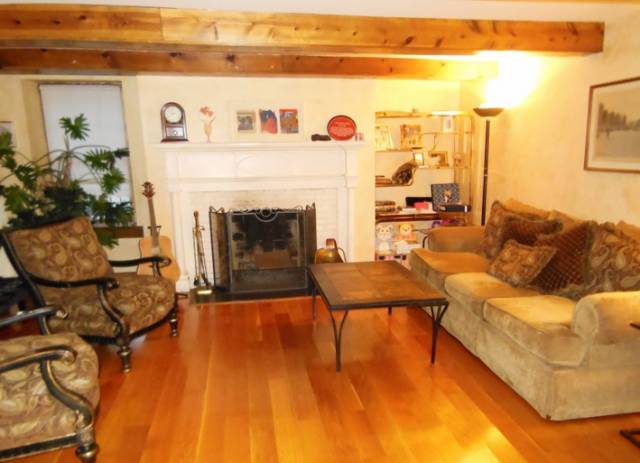 The old house may seem worthy of landmark status, but currently it's not designated as such, which means a new owner could level it at any time. According to the Brooklyn Eagle, "previous owner Vivian Solmo opposed a designation, fearing nobody would buy it from her if it were granted protected status."

On October 8th, the Landmarks Preservation Commission (LPC) will hold a public hearing to determine if it meets their criteria to be designated an official landmark. It's been on their radar for decades, and was calendared in 1966. You can learn more about the home here, and get involved in the landmarking effort here.

#brooklyn
#gravesend
#house
#lady moody
#landmark
#real estate
#van sicklen
Do you know the scoop? Comment below or Send us a Tip