The popular Brooklyn Night Bazaar, which attracted a healthy crowd of shoppers and revelers to a warehouse in Williamsburg during the past two holiday seasons, will now operate year-round in a new space in Greenpoint. The smaller venue, located in the former Angel Bakery space on Banker Street, is half the size of the bazaar's previous home, and pending approval from Community Board 1 tonight, it will open on Friday and Saturday nights starting November 1st. 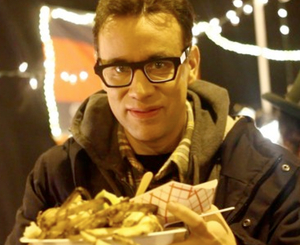 Bazaar founders Aaron Broudo and Belvy Klein tell us Angel Bakery planned to relocate to New Jersey before they even knew the 23,000 square-foot space was available, so they're not displacing a local business. (The area is still zoned for industrial use, so the Bazaar needs special permit from the CB.) Klein says the night bazaar will employ 250 people a night, and during the week it will still be used as a bakery by Sigmund's Pretzels. Food distributor Gene's Bakery will also use the space when it's not being transformed into the Night Bazaar on weekend evenings.

In addition to the darling local arts and crafts vendors, there will be beer and food from the likes of Rosamunde Sausage, Brooklyn Oyster Party, Briskettown, Lobster Joint, Oaxaca and Ample Hills. There will also be nine holes of mini golf, table tennis, and light-focused art installations by NBNY. Live music will be curated by different "taste-makers" every weekend—full disclosure: area taste-maker Gothamist is curating the music line-up on December 21st, so mark it, dude. 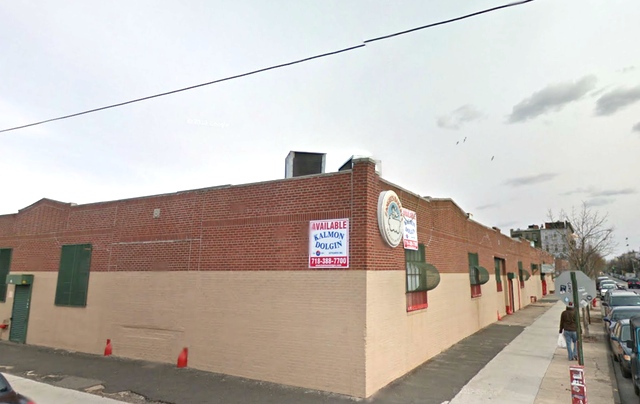 The exterior of the Night Bazaar's new home.

#brooklyn
#brooklyn night bazaar
#greenpoint
#Shopping
#original
Do you know the scoop? Comment below or Send us a Tip