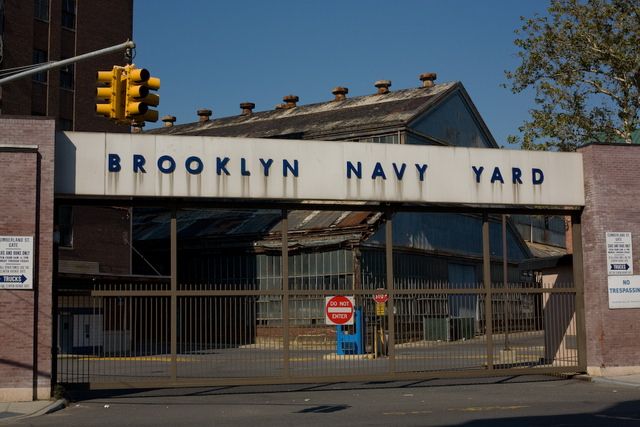 Could the city soon see the 300-acre Brooklyn Navy Yard up close? The NY Post points out that the former military base may soon become a tourist destination, as they are offering up bus tours starting tomorrow (tomorrow is free, coinciding with OHNY, then it'll cost $30 a head). There will also be 35 artists' studios opened at the Navy Yard tomorrow (details). Last year there was some controversy surrounding the OHNY tour, so hopefully they've worked out the kinks.

The Navy Yard website explains that they will "provide access to significant sites that have historically been off-limits to the public. Included in the tour are historic landmarks and significant sites including the third oldest dry dock in the country where the Civil War ironclad USS Monitor was outfitted, as well as the Nation's first multi-story 'green' industrial building."

Brush up on some facts before heading over there, the BNYHC has a timeline of the land dating back to 1625. Did you know that in 1877 a portion of the land was sold to create Wallabout Market, which at the time was the 2nd largest market in the world.