Brooklyn Heights Is Getting A Permanent Public Pool Brooklyn Bridge Park will be creeping further up into Brooklyn Heights with its newest addition: a public pool in Squibb Park, which sits between Brooklyn Heights and Brooklyn Bridge Park (behind that large hotel/condo development). Squibb Park is not widely used—it's a large concrete area furnished with just a few benches and a public bathroom; it's mostly accessed to get to the pedestrian bridge.

While Squibb Park isn't technically part of Brooklyn Bridge Park, we're told that "subject to necessary approvals, NYC Parks intends to enter into an agreement with BBP for the development, operation, and maintenance of a pool and optional related amenities at Squibb Park."

This morning BBP will publicly announce plans to build a permanent swimming pool in Squibb Park, though not all details have been ironed out yet. Here's what we do know:

Construction of the pool is estimated to cost between $10-$15 million. One-third of that will be funded by BBP; Midtown Equities and Alloy Development with Monadnock Construction, and DLJ Real Estate Capital Partners have also dedicated funds toward the project; and the remainder will be raised publicly and privately in partnership with the Brooklyn Bridge Park Conservancy. 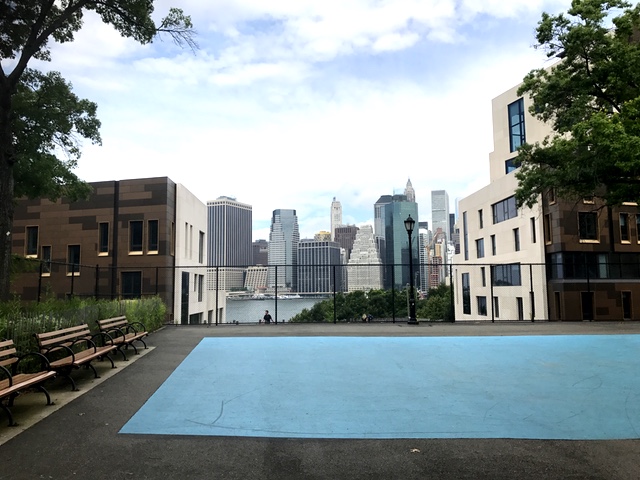 Eric Landau, Brooklyn Bridge Park President, said, "We are always striving to provide the best amenities and activities for park visitors. The temporary pop-up pool has been a much-loved summer attraction and now we are thrilled to announce plans to bring a permanent pool to Brooklyn Bridge Park."

At the official announcement later this morning, Landau will be joined by Deputy Mayor and BBP Board Chair Alicia Glen, NYC Parks Commissioner Mitchell Silver, AND Brooklyn Borough President Eric Adams. We will update if any more information becomes available at the press conference.

Update: The pool will likely not open until 2020; community planning sessions will begin later this year.

This is not the first time Squibb Park has gotten a pool; in the 1940s (before it was named Squibb Park) there was a wading pool in the area. 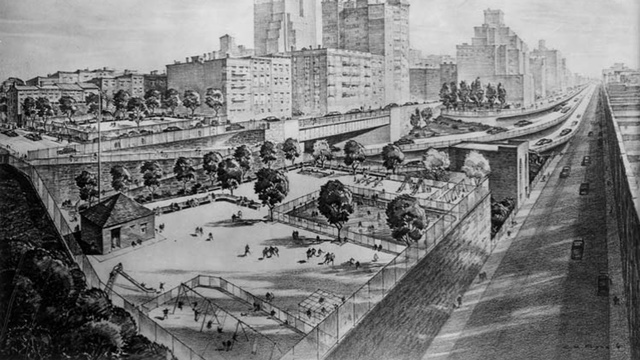 A rendering from the 1940s showing a pool. (Courtesy of Brooklyn Bridge Park) 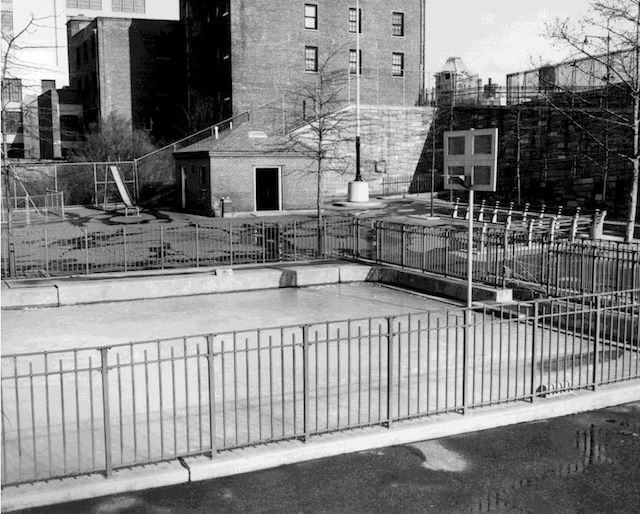 A photo from the 1950s, showing a basketball court where a pool may have been. (Courtesy of Brooklyn Bridge Park)

#brooklyn bridge park
#brooklyn heights
#public pool
#squibb park
#original
Do you know the scoop? Comment below or Send us a Tip