The Brooklyn couple that finds joy in terrifying sweet little children through the power of dark magic and their creative Halloween spirit every year... is baaaack. Their previous displays have included caged dolls, bloody surgeons, bloody babies, blood in general, and bloody pumpkin massacres. But this year they've gone too far. A clown. Or is that John Wayne Gacy? 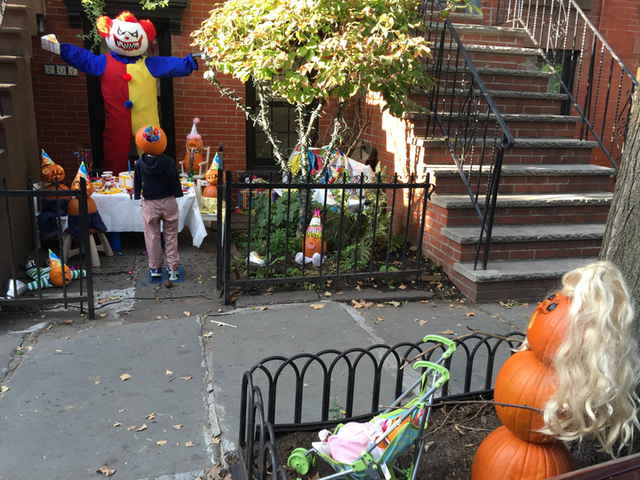 A giant, fang-toothed, evil clown in a threatening hug pose, trying to lure children in with cake and a birthday party. But take a step closer and this clown will CUT YOU, with its chef's knife hand. There is no joy here, son, just pure evil. 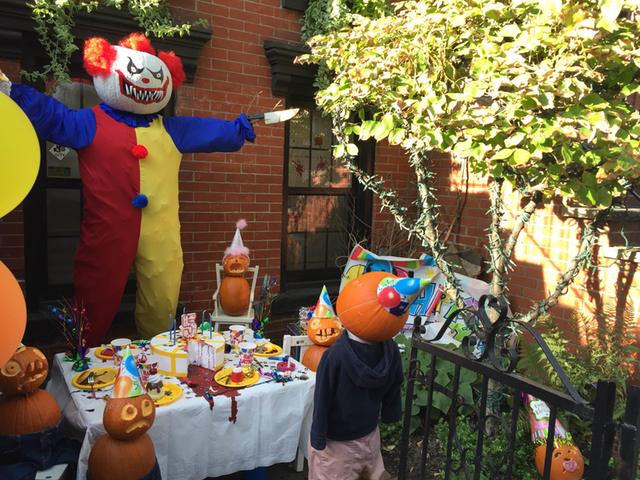 Everyone knows that coulrophobia is a real thing experienced by both children and adults, especially adults who saw Poltergeist when they were children. This leaves adults in a precarious predicament, standing to lose precious seconds running from Clown Town to safety if they stop to grab their child while fleeing. And if a child dare enter the gate? Forget it. Just look at this Brooklyn mom, standing at a safe distance as that innocent soul inches closer and closer towards this nightmare incarnate. 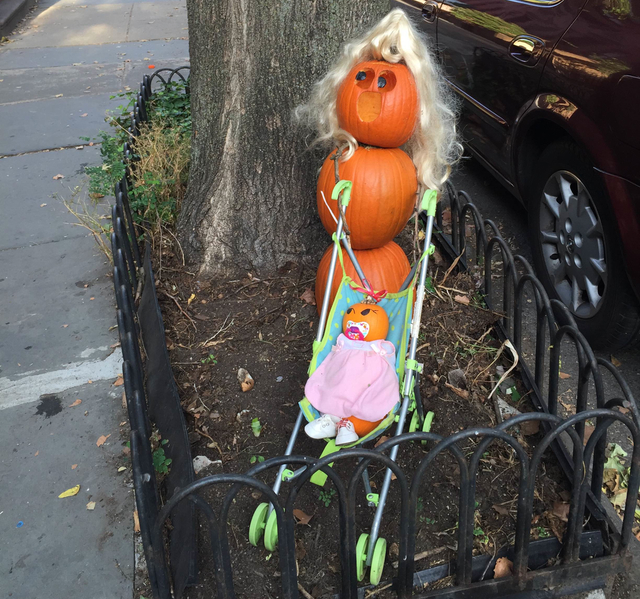 After the late, great Wes Craven applauded their display last year, you would have thought this year's would have been an homage to him. And that dude didn't go NEAR clowns (Carnival of Souls doesn't count, he was just an executive producer).

The clown resides on Bergen Street between Bond and Nevins, if you would like to avoid it.

#boerum hill
#brooklyn
#clown
#clowns
#halloween
#pumpkins
#original
Do you know the scoop? Comment below or Send us a Tip
A new Gothamist is coming! We’ve moved comments over to our beta site. Click here to join the conversation and get a preview of our new website.