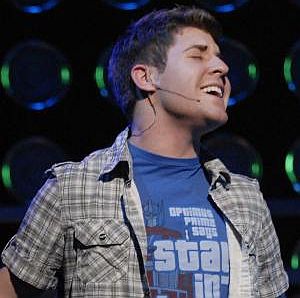 Glory Days, the new musical written by a pair of twenty-somethings from Virginia, closed after its official opening night last night, joining such Broadway flops as Moose Murders and Teaneck Tanzi in the illustrious "Open/Close Club." The negative reviews proved too much for producers, who chose to pull the plug and eat their $2.5 million investment. In writing his delicate pan, Ben Brantley noted that the producers “have done this little, hopeful show no favors by dragging it into a spotlight that invites close and unforgiving inspection.”

While Glory Days was no great theatrical revelation, the failure does highlight the dumbed-down economics of Broadway, where a phenomenal rock musical like Passing Strange receives widespread critical acclaim but plays at 44.8% capacity. Straight plays have it even harder; Harold Pinter’s The Homecoming, which starred Ian McShane, opened to rave reviews but couldn’t sell enough tickets to break even, while August: Osage County won the Pulitzer but was playing to half-empty houses before moving to a smaller theater.

So what do Broadway producers have to do to not lose their shirts? According to the Broadway League stats, churn out more Jersey Boys and Phantoms, which still perform for packed houses night after night after night and help pump billions into the city's economy.