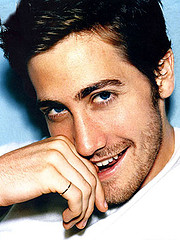 Start sharpening your spurs, gays and gals, because Jake Gyllenhaal is coming to Broadway! If director Mike Nichols has his way, you’ll soon have your chance to stalk the sensitive heartthrob as he flees through the stage door of Farragut North, a new play about presidential campaign hardball penned by a former Howard Dean staffer. According to today’s Post, Gyllenhaal (who made his stage debut in a Maggie Gyllenhaal-directed production of Cats in their parents’ living room) is all-but-confirmed for the cast. But before that, Nichols will shepherd other boldface names to Broadway with a spring revival of Clifford Odets’s The Country Girl, about a washed up wino actor and his beleaguered wife. With Morgan Freeman and our personal favorite Frances McDormand rumored to play the couple, this has Compelling Theatrical Event written all over it.

While we’re gawking, the near horizon holds ample opportunities for theatrical star-gazing. The New Group continues their fruitful collaboration with the Ethan Hawke downtown mafia (Hawke and Malaparte theater company co-founder Josh Hamilton killed in the New Group’s stellar revival of Hurlyburly). Hawke is directing Hamilton, Peter Dinklage and others in Things We Want, the long-awaited new play by the brilliant Jonathan Marc Sherman. And at the Biltmore, the Manhattan Theatre Club seems poised to reassert their relevance after an uneven couple of years with a knockout season that starts next month with Theresa Rebeck’s new play Mauritius, starring F. Murray Abraham, Dylan Baker and Bobby Cannavale (another Hurlyburly alum). Matthew Broderick will star in a new Kenneth Lonergan play, The Starry Messenger, about a married Hayden Planetarium guide who falls out of orbit for a young single mom. And anyone who saw Adam Bock’s inspired play Thugs at Soho Rep last fall will be pumped for the MTC off-Broadway production of his new play The Receptionist, directed by the ubiquitous Joe Mantello.

Speaking of Soho Rep, they’ve succeeded in programming a season of three plays that’s generating more excitement, for us at least, than a legion of Gyllenhaals. Arguably the most important and interesting theater in town, the tiny company has, for over three decades now, been consistently cultivating the most exhilarating new work (think Mac Wellman, Richard Maxwell, Melissa James Gibson and Elevator Repair Service, not to mention a young Kevin Spacey). This year marks their official graduation to an off-Broadway house and a new policy of 99 cent tickets for all Sunday performances. The three full productions (aside from Soho Rep’s various free workshop productions of new plays) are John Jesurun's Philoktetes, a contemporary adaptation of Sophocles' Trojan War play; No Dice, an epic take on amateur dinner theater by the physically idiosyncratic Nature Theater of Oklahoma; and the New York premiere of Blasted, a 1995 play that outraged London critics with its bracing depiction of rape, torture and violence, by the late Sarah Kane (4:48 Psychosis). For just $2.97, collect all three!