American Apparel is nothing if not committed to their misogynistic, over-sexualized advertising style. And the line that divides the way they portray men and women in their campaigns has not been more clear than in the ads for their "unisex" wear. Let's take a look at some flannels, button down shirts, and jean jackets: 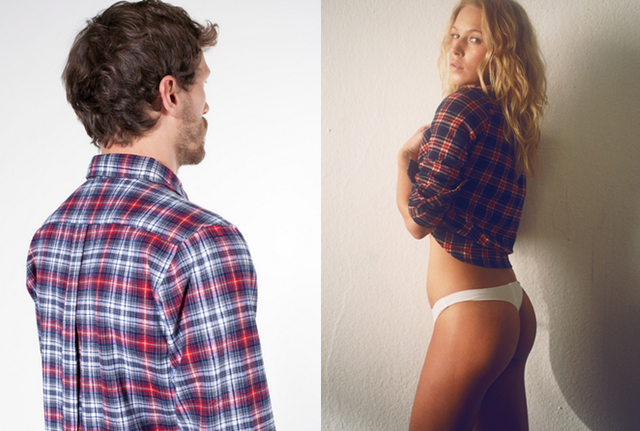 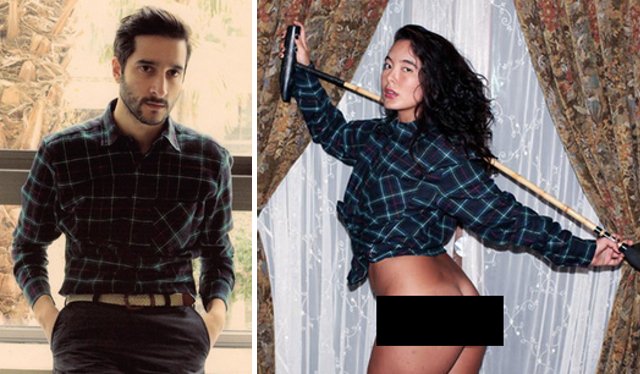 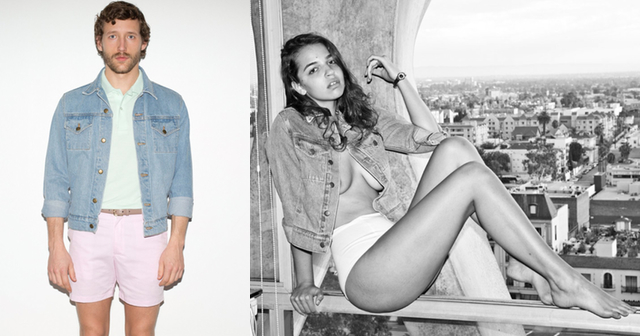 Swedish blogger Emelie Eriksson has been pointing out the extreme contrast on her blog (which was picked up by Business Insider), and we're not pointing fingers but below are photos of shattered windows on Stockholm storefronts, which the company tells us were broken by protesters:

This specific type of shattered-window protesting seems to happen a lot with American Apparel, no? Regarding the actual criticism, a rep for the company has told us over email:

"American Apparel is very sensitive to gender and sexual issues, just as we have been to issues like immigration and gay marriage. In this case, the actual product model photo for this unisex item is fully clothed for women, just as it is for men. Unfortunately, some bloggers have confused an artistic photoshoot which accompany the pages with a product shot and a controversy erupted as a result." 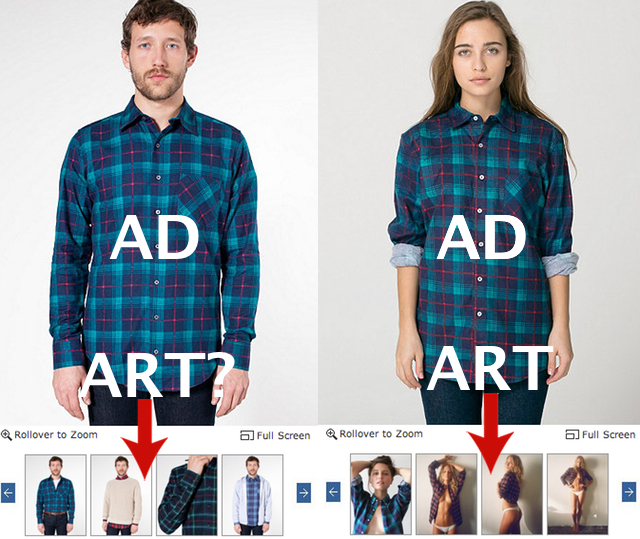 Are the male outtakes art, too? They look like they are not art but what do we know.

The American Apparel rep also told us that, duh, the company "is well known for its provocative imagery, artistic photographs and its stance on free expression within the fashion industry. Our style deliberately eschews the photoshopped and impossibly unreal aesthetics of many of our competitors. We don't think there is anything in these photos out of synch with our standards and we think they portray the garments and the models in an attractive way and are not even the slightest bit discriminatory. Clearly we'd never seek to upset anyone and we're sorry to anyone who is upset."

When asked: "But seriously, when are we going to get sexy male photos in these campaigns?" the spokesman replied, "I'll pass along the feedback to our creative team."

#american apparel
#clothing
#sexism
#style
#original
Do you know the scoop? Comment below or Send us a Tip