This post is a sponsored collaboration between American Express and Gothamist staff.

Reward points are for more than ties and gift cards, guys!

We asked a real go-getter in each of our cities to tell us who's on their list and what they're getting, with the catch that all gifts are from the Membership Rewards® catalog from American Express. 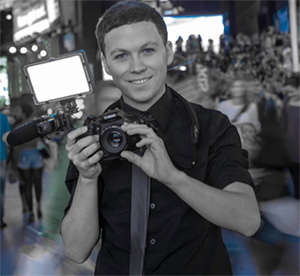 And who's our next Gothamist choice? Tommy Gaughan, reality TV extraordinaire. Tommy's a 25-year-old reality TV producer living in Midtown East. Currently, he's working in post-production on season 2 of Bravo's Southern Charm. Before that, he produced for the Bravo series Real Housewives of Miami and Married to Medicine, and did some work for TLC, FYI, and MTV.

Growing up, did your family have any strange/unusual/funny traditions during the holidays? We're BIG on tradition. I am the youngest of six kids, and we all still take turns reading "The Night Before Christmas." Nothing's changed... We still fight over who gets to read what page and mock each other for what words we botched when we were younger. I'm sorry, but "T'was" is not a word... or at least not one you can easily sound out when you're 7!

What's one thing in the holiday dinner spread that's 100% non-negotiable? Wine. I have a huge family, and it's a lot of work to make the rounds!

Is there a movie that rings in the holidays more for you than any other? "Why is the carpet all wet, Todd?" Christmas Vacation, for sure.

Finish this sentence: "It isn't the holidays in New York until..." "...you've gone ice skating in Central Park." 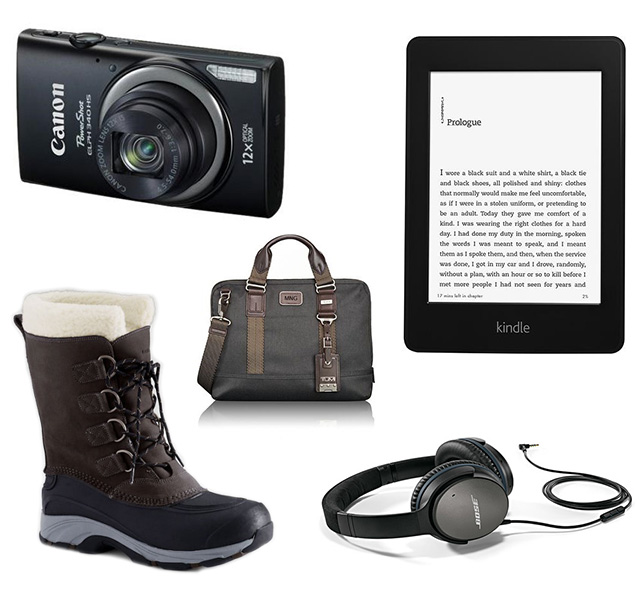 1. Ben, Taxi Driver That Returned My Phone Last Weekend, Queens. "I owe you a medal, I'm just running out of time to make it. But I do remember you being very excited about your grandson coming to stay with you in Astoria for the holidays!"

2. Boss, Brooklyn. "When there's a tight deadline, the TV world can feel more stressful than walking through Times Square on a bright, sunny day. Anything to help kick back and relax is the best way suck up!"

3. Sean, Best Friend, Lower East Side. "Mr. Law school Student at NYU needs a grown-up book bag! At night I know what 2 vodka sodas in Hell's Kitchen does to you, but by day you'll look the part!"

4. Himself, Midtown East. "I've lived in the city for 4 years, but I still haven't learned my lesson that walking around in Converse just doesn't cut it in the snow! Now's the time to change my ways."

5. Maggie, Roommate, Midtown East. "If you didn't grow up with a radiator in your house, I don't think you can ever get used to the crazy, loud, terrifying sounds it makes!"

So who's on your list this year? Use Membership Rewards points that go toward the things your friends and family really want. As an eligible American Express Card Member, you can use #PointsForPresents!

#american express
#gothamist collaboration
#points for presents
Do you know the scoop? Send us a Tip