Bobbi Kristina Brown is being buried next to her mother Whitney Houston at the Fairview Cemetery in Westfield, NJ today. Brown died last week at age 22 after being in a medically induced coma for months.

Brown, the only child of the pop superstar Houston and R&B singer Bobby Brown, was the sole heir to Houston's estate, estimated to be $20 million at the time of Houston's death in 2012. On January 31st, Brown was found unconscious and face-down in a bathtub in her suburban Atlanta home. She never regained consciousness and authorities are investigating her boyfriend Nick Gordon and whether he was involved. Brown's estate filed a lawsuit against Gordon, saying he "caused, among other things, substantial bodily harm" against her. 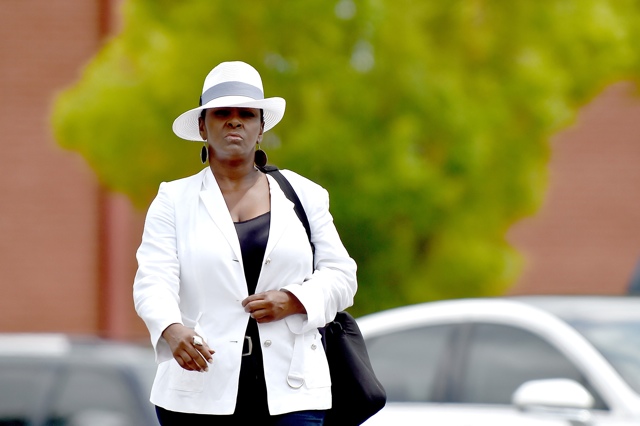 In the meantime, her father's family has accused the Houstons of trying to profit off her death. TMZ reported that an invitation to the funeral "suggests, in lieu of flowers, donations should be sent to The Marion P. Foundation, a charity run by Bobbi Kristina's aunt Pat Houston, benefiting troubled teens." Leolah Brown, Bobby Brown's sister, says that Pat Houston is "not the sweet quiet person that she 'tried' so hard to make people believe she was on the Oprah show. She would like the public to think that... but she is very good and polished on keeping her composure when she is under the microscope."

And Leolah Brown was thrown out of the funeral for interrupting Pat Houston's remarks. Leolah Brown told reporters, "It was wonderful until Pat started speaking and I didn’t like that. I walked out," and admitted she yelled, "Whitney is going to haunt you from the grave." Filmmaker Tyler Perry apparently helped remove her from the church. 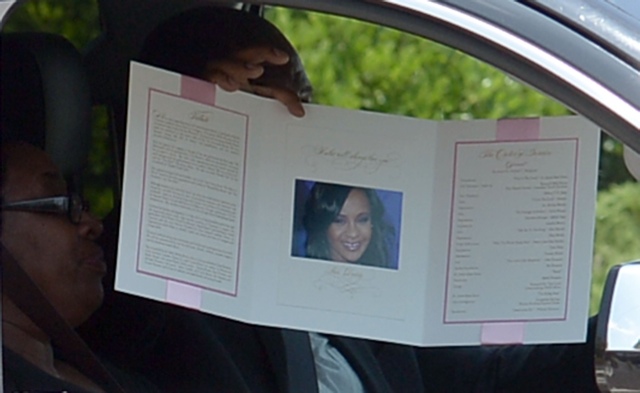 A procession from the Whigham Funeral Home in Newark, the same one that handled Houston's funeral, is expected to arrive at the cemetery around 1 p.m. Police have closed down roads and set up barricades.