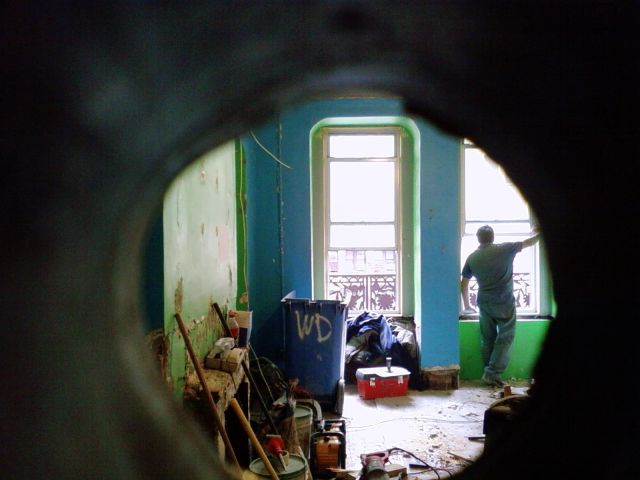 The bloggers over at the Hotel Chelsea have been keeping an eye on the new management of their ever-changing home, and most recently noted some falsified DOB construction permits obtained "in a move designed to sidestep requirement for certificate of non-harassment."

Today they've got photographic proof of the construction, and Bob Dylan fans: cover your eyes. The singer's former residence at the hotel, room #211, "where he lived in the 60s, writing 'Sad Eyed Lady of the Lowlands,' and so many other great songs from his Blond on Blond album" is being destroyed! The room had pretty much stayed the same since Dylan was inhabiting it, something The Man and their sledgehammers are changing fast. Stanley Bard would surely object.

#bob dylan
#chelsea hotel
#construction
#destruction
#DOB
#hotel chelsea
#permits
#room
Do you know the scoop? Comment below or Send us a Tip