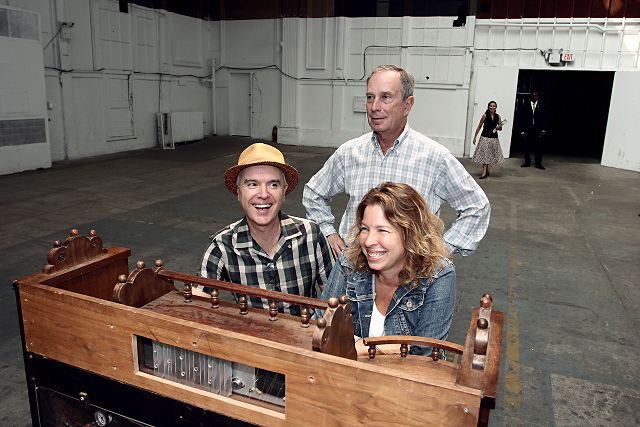 Mayor Mike looks like he was concentrating pretty hard on the David Byrne/Creative Time collaborative installation, Playing the Building, earlier today. Many city residents have come and played it before him, and you can tickle the ivories, too, up until August 24th.

Creative Time tells us David Byrne, Mayor Bloomberg, Creative Time president Anne Pasternak, and Commissioner of Cultural Affairs Kate Levin all met today at the building and "chatted about the project...afterward the Mayor played the organ. He smiled the whole time—some might even say he beamed.”

#bloomberg
#creative time
#david byrne
#mayor bloomberg
#Playing the Building
Do you know the scoop? Comment below or Send us a Tip