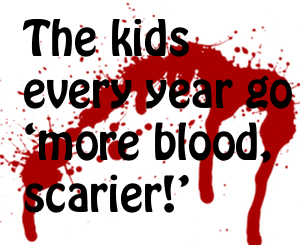 Yesterday at least one mother was spotted shielding her babes eyes from the bloody scene a creative Boerum Hill homeowner arranged for the Witching Season. But where some winced at the doll massacre, others reveled—most people love the gruesome scene, which at most is like, B-movie quality.

We dropped by yesterday, where the owner was shouting "Boo!" from inside at passerby. She later told us, "I don't want to get into a controversy. If people are bothered and we need to change it, we will. We’re artists, every year we do it. This is our fifth year. The kids every year go ‘more blood, scarier!’ We’ve done things that have been more happy/funny, but the kids always come by and they go ‘more blood, more scary’ and since we put it up two days ago, we’ve had nothing but positive comments.”

The homeowner—who declined to give her name—also told us that this is nothing new: “Last year we did a pumpkin, and he was barbecuing things like this, nobody said anything so we didn’t have an issue. We just do it every year." One year they even set up a Bates Motel: 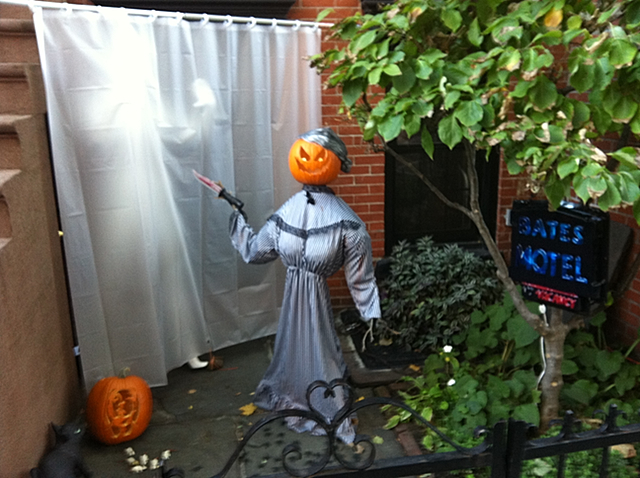 She added, "We want to be good to our neighbors. if there’s any kind of controversy about it, it’ll be changed. We don’t want to hurt anybody, for goodness sake.” Lady, whatever your name is, leave it up! As young poet Miley Cyrus once said, "Forget the haters cause somebody loves ya." Besides, the only truly horrifying thing about this display is that squirrel—WHAT ARE YOU LOOKING AT SQUIRREL? WHAT DO YOU KNOW? 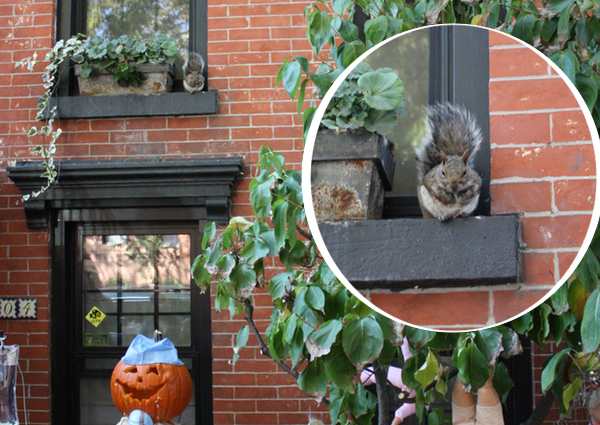 Reporting by Cecilia D'Anastasio and Jade A. Williams.

#boerum hill
#doll house
#halloween
#original
Do you know the scoop? Comment below or Send us a Tip