A Duke University biologist, Kathleen Pryer, is naming a new genus of ferns after Lady Gaga, but really, they were born that way—members of the new genus "bear a distinct DNA sequence spelling GAGA." In the below video, Pryer explains the other parallels that inspired her to go with the name, including the performer's 2010 Grammy's get-up, which looked just like the bisexual Fern Gametophyte.

Pryer told the College Fix, “It’s not so much that this particular fern shows something really bizarre in its sexuality. It’s that all ferns and many plants do things more than one way to achieve success.” She also explained, "The reason we named it after Lady Gaga was not sort of the same reasons recently you have seen, (such as) Beyoncé had a horsefly with a golden butt named after her. That’s cute, but our reason to do it, we like to think it was rather deep. Lady Gaga is an amazing champion for equality and compassion, and we wanted to give her a scientific namesake that characterizes the struggle we have in biology for understanding diversity in humanity, in all of biology, and even in ferns.” 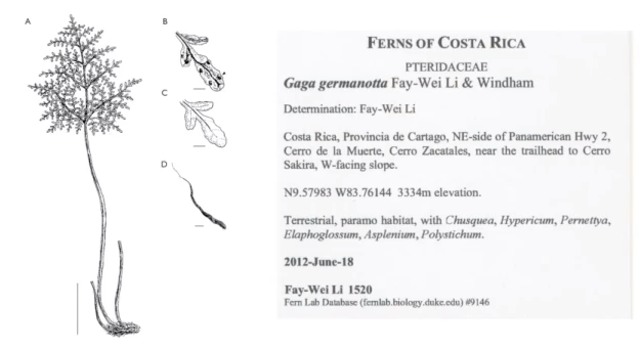