Mother Nature decided to cooperate with the 87th Annual Macy's Thanksgiving Day Parade, as winds aren't as bad as feared, thus allowing the big balloons—which were getting ready last night—to fly. So Snoopy and Woodstock will be taking off at 9 a.m.! Here's the map: 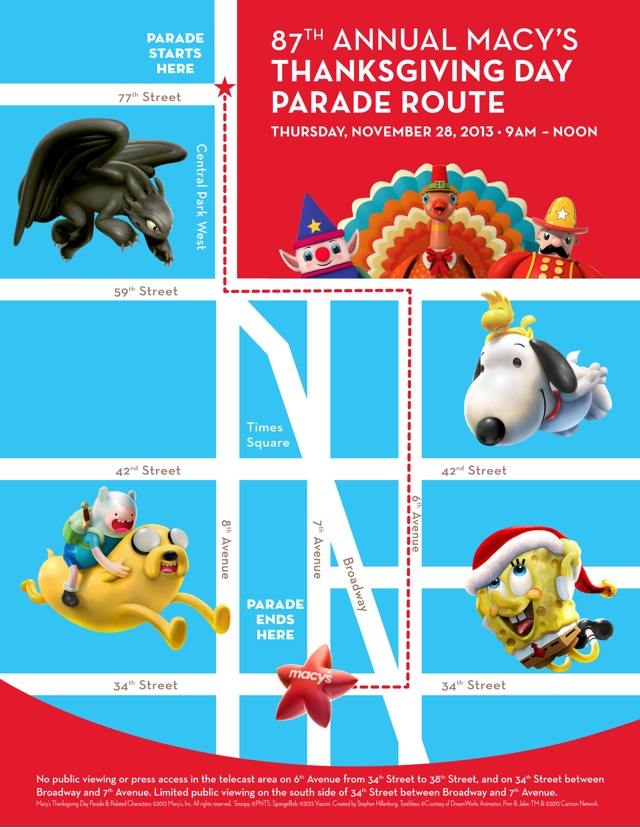 Mayoral spokesperson Marc La Vorgna Tweeted, "Mayor: Winds looking not bad for Thanksgiving Parade balloons. All expected to fly, but lower than normal. About half normal height." Yeah, and those spectators better being bundled up—it's cold (30 degrees, but feels like 17 degrees!).

Besides the 16 big balloons, there are dozens of small balloons, many floats with performers (Joan Jett! Goo Goo Dolls!) and celebrities (Sandra Lee! Jimmy Fallon and the Roots!) and hundreds of clowns. This is what the parade clowns look like when they are waiting to get their marching orders:

Of course, there are many street closures—check out the NYPD's details. Also: Elmo is very excited!