Yesterday was the annual Idiotarod, which is both loved and hated by locals. We hear that this year the head honchos were tossing non-competitors out of the checkpoints, this coupled with the amount of jocks tackling people leads us to believe that this (sadly) may have been the last good run. There have also been a ton of complaints about the competitors and organizers littering the streets, leaving their paths trashed with no clean-up effort.

Mayo balloons, flour, rotten fish and various condiments were used by teams, but not everyone played dirty. Congrats to Team Danger Zone (who we hear didn't use any unsavory tactics) for taking home the trophy! (See their race documented here.) 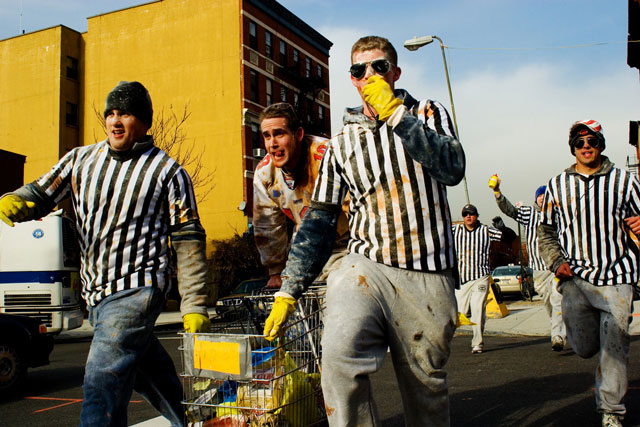 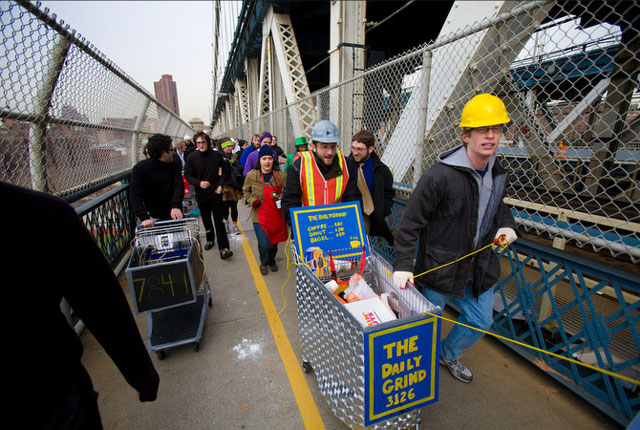 More photos and our slideshow after the jump. There's also some video floating around, including this clip from a grumpy spectator in his apartment (subtitled "blah blah blah idiots"...clever!), but mostly there's just shaky cam footage a la Cloverfield. If you have some better video send it over. 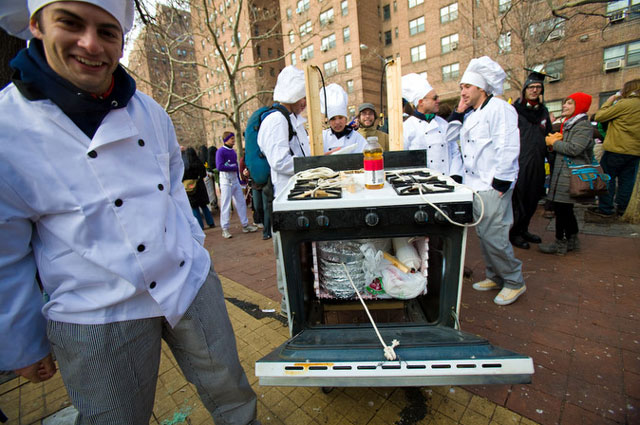 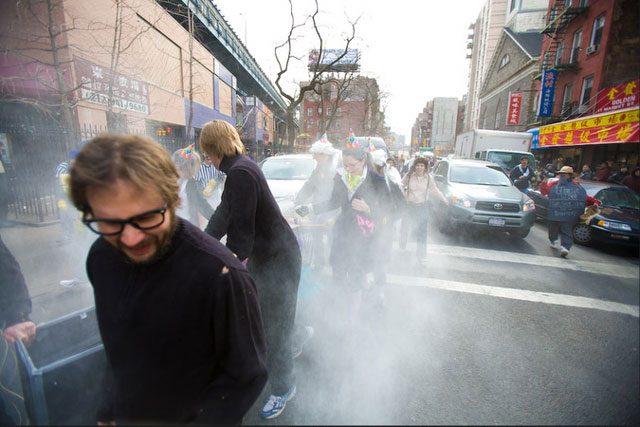 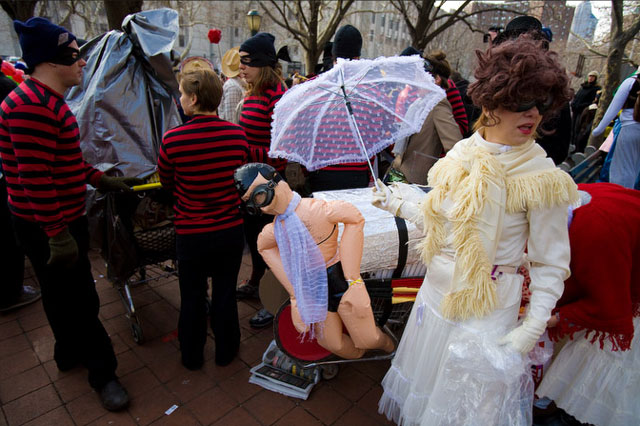 #cloverfield
#event
#flickr
#idiotarod
#jake dobkin
Do you know the scoop? Comment below or Send us a Tip