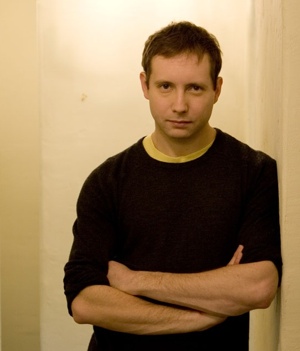 In American Nerd: The Story of My People, Brooklyn-based writer Benjamin Nugent combines a peripatetic history of the word “nerd” with accounts of the various kinds of people it is most often used to describe. The book includes an autobiographical dose; one section called “My Credentials” details Nugent’s early 90s adolescent exodus from d20-style probabilities. On page 3, Nugent fittingly discloses: “when I was eleven, I had a rich fantasy life in which I carried a glowing staff.” But American Nerd isn’t a massive, single subject history, and it isn’t straightforward memoir. The book is often poignant, especially when Nugent revisits the proving grounds of his young nerd-hood, and more often than that it is funny. The nerd you recognize in its pages may very well be yourself.

American Nerd is available in bookstores now. Benjamin Nugent will speak on Nerd Nite at Angels & Kings on July 2, and will make his fiction debut in Tin House in December.

You've done all kinds of writing-for Time, New York, and n+1 among other places. Did American Nerd begin as a book project, or evolve into one over time? American Nerd began as a book project. When I was a despised nine year old, I fantasized about writing about how the category of "nerd" got created. But I decided to start writing a history of the nerd when I was eating lunch at Uncle Vanya's in midtown with my sister Annie Baker, whose great play Body Awareness is up right now. And she was like, I'd really like to read a history of the nerd. So I didn't pitch it as an article, the original conception was as a book-length history. And then I began to incorporate memoir and reporting.

How do you feel about your inclusion in the vaguely controversial Brooklyn Literary 100 list Doree Shafrir compiled for the New York Observer? I just want my old life back. I'm fucking sick of these families stopping me on DeKalb and making me pose for pictures. I was having drinks with Sarah Fan last night at Art Bar and we were just minding our own business and having this amazing discussion about Neutral Milk Hotel when some asshole from TMZ walked in and out came the flash bulb. He must have texted his buddies because it was paparazzi central in there in two minutes. Christian Lorentzen came over with his entourage and they got us out of there okay, but it's like, I didn't ask for this shit, you know?

That sucks. I recently caught Richard Simmons on morning TV talking about the 20th Anniversary of Sweatin' to the Oldies Special Edition DVD, and he's mounted a campaign to bring more PE "back" into American elementary schools; he cites the No Child Left Behind Act and its cuts to PE programs around the country as a contributing factor of childhood obesity. In your book, you connect the etiology of the modern nerd to a prevalence of WASP-y athleticism in the early 20th century, citing statistics of growing football stadium size. Are nerds at odds with Richard Simmons? I think Richard Simmons probably doesn't regard PE as a "racial defense weapon" and proving ground for masculinity, as Teddy Roosevelt did. There's nothing inherently anti-nerd about physical vitality. It's just the way notions of physical vitality have been used to reinforce social distinctions.

Is Richard Simmons a nerd?
No. There is a difference between nerdy and flaming.

Is there a New Yorker, past, present or future, whom you believe to be secretly or an unheralded nerd? Bloomberg is nerdy for a mayor. Bloomberg seems to be trying very hard to make rational policy decisions, and he seems to have a hard time being a charismatic leader, a figure the citizenry emotionally embraces and relates to, like Princess Diana or the high school quarterback. That said, politicians are almost by definition non-nerdy because campaigning demands all the skills that nerds have trouble with and involves none of the skills that nerds tend to master easily.

You write about the emergence of nerd chic, and point to Brooklyn as an example of a place where sort of fake-nerd hipsters have bloomed. In explanation of this phenomenon, you write it's a response to a really un-nerdy thing, old fashioned fear about career longevity: "the single largest threat that hangs over the lives of creative professionals in major cities: losing momentum in your career, losing the aura of an up-and-comer, acquiring the odor of failure." So most people who look and act nerdy are afraid of burning out? No, that would be overstating the point. But everyone fears burning out, and there's a sartorial and conversational pose people adopt to make it look like they're in whatever creative profession they're in because they're helplessly obsessed with it and big nerds about it and couldn't be any other way.

You also make the case that being a nerd isn't really a choice, and is sort of an ineluctable force. I think that's about right. Nerdiness is either imposed upon you by others, who place you in the category for a particular set of reasons, or it springs naturally from your mental state. It chooses you first, and then you can choose to roll with it or to try to be something else. I think a lot of people just naturally find other nerds because they can relate to them, and build a nerdy social life for themselves. It now happens over the internet, but it used to happen through the letters sections of sci-fi magazines and over ham radio sets.

What's your writing process like? With non-fiction, I write down a bunch of unsubstantiated hunches and then do the footwork (going out and interviewing people, researching in libraries) to test them. Then I rewrite. Then three months later I go back and take out the boring stuff and generally streamline and tighten up. George Saunders once wrote that it helps to recharge the reader with some kind of injection of energy on a regular basis. Imagine the reader starting out fast, then slowing down naturally, then getting an injection from you that makes them speed up again, only to gradually lose that momentum once more. The editing phase is when I try to ensure the shots of energy are coming often and regular enough.

With fiction, my process is much more mystical and weird. Usually I wake up with an idea and barf it out into Word and then manipulate it into a story. Then go back a bit later and play with it until it's no longer sulky and self-involved and angry and it starts to become empathetic and funny.

In the book, you make the case that, historically, nerds are one result from immigration, and the "greasy grind." Do nerd populations fluctuate over time? That's a good question. I think when immigrant groups come to the United States or England or Denmark for that matter and the kids strive to climb the socio-economic ladder in ways their parents can't, those kids are often disposed to be nerdy because they have to be grade grubbing and hard-working rather than well-rounded and social. When Jewish immigrant kids were able to get into elite colleges through unusually intense studying rather than the conventional upper-class social pathways, people called them "greasy grinds." When Asian kids did the same thing after the 1965 immigration act, they started to be cast as nerds in our teen comedies. So I guess you could argue the increase in immigration of those groups created an increase in nerds per household.

Has there been a golden age for nerds, or have there been multiple Nerd Golden Ages? The concept of the nerd is in large part a romantic reaction to the way people thought during the Enlightenment. So you could argue the Enlightenment was a nerd golden age. You could argue we're in a nerd golden age right now, because technological genius is starting to catch up with charisma as the single greatest qualification for leadership in the business world.

What’s your next project? I'm writing a lot of short stories. One of them will be in Tin House in the fall. That will be my fiction debut. And I'm working on a proposal for a non-fiction book that combines history and memoir, like American Nerd, but leans more heavily on the memoir side.

Do you have a good, after-hours spot to have a meal in the city? When I was in a band, we would play Pianos or Rothko or Mercury Lounge and go to Veselka afterward in the ultra early morning, after our equipment was crammed back into somebody's car. We were in our mid-20s and felt obligated to look like anorexic teenage girls and it always seemed like some industry person we had to impress was there and we had to play better than some other band and if we did it exactly right we could be the next Killers or something. I mean, it was our fault we thought that, but still. It was the most comforting sensation ever to know all that smoking and looking cool was over and we had earned our fattening food that must have been designed for comforting colicky babies.