Back in June, the pumpkin carving process began for New York's most intense pumpkin fest, The Great Jack O'Lantern Blaze at Van Cortlandt Manor in Croton-On-Hudson. The spectacular display features thousands (somewhere around 10,000 this year) of illuminated pumpkins, all carved by a small team from Historic Hudson Valley, which produces the event. Each pumpkin is formed into something: a sunflower, a Frankenstein, a dinosaur... and each night it takes 30 volunteers around 3 hours to light all the candles. 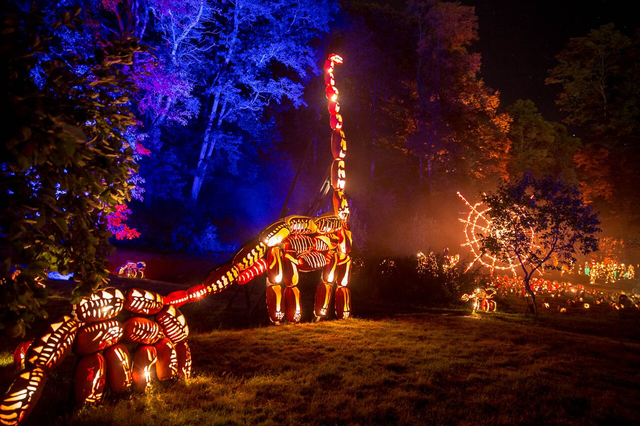 On the historic, 18th-century riverside grounds, you'll also find a Pumpkin Planetarium, a Circus Train (with what are surely terrifying pumpkin clowns), flying pumpkin ghosts, the Headless Horseman, gourd-filled Jack-in-the-Boxes that spring and bounce around, a working doomsday grandfather clock, a giant sea serpent, and so much more. 10,000 PUMPKINS. This is all accompanied by sound effects, elaborate synchronized lighting and an all-original soundtrack by Richard Christy. 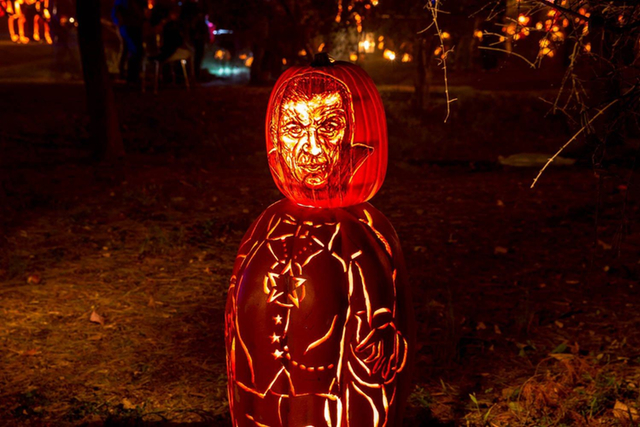 It's worth the trip out of the city (a little under an hour by train or car), just be sure to buy your tickets in advance. The event ends on November 15th, and the evenings sell out fast, but there are currently still a few dates with tickets available. This year photographer Tod Seelie headed up there to get us some shots of the lit up jack o' lanterns—click through for a look.

#jack o lanterns
#Pumpkin Blaze
#pumpkins
#original
Do you know the scoop? Comment below or Send us a Tip