Before the Beastie Boys’ concert at McCarren Park Pool last night, Gothamist attended a press conference with the 3 MC’s and verified an interesting bit of trivia: Despite having formed in Brooklyn, rehearsed often at Adam Yauch’s parent’s crib downtown, and associated themselves with the borough constantly over the decades, the band itself had not yet performed in Kings County. Mike D broke it down like so, “When we came up none of the clubs were really in Brooklyn except for L'Amour. My theory is that they didn’t really want to have hip-hop functions in Brooklyn because they figured it would just end badly. Soon there will be an arena there but there was never an arena-type venue there.” The Beastie Boys’ mainstream popularity – by '85 they were supporting Madonna on tour, by ’86 Licensed to Ill had moved five million units – outpaced the borough they helped popularize; not until the late nineties had Brooklyn gentrified to the point where there was even a venue big enough to accommodate them. 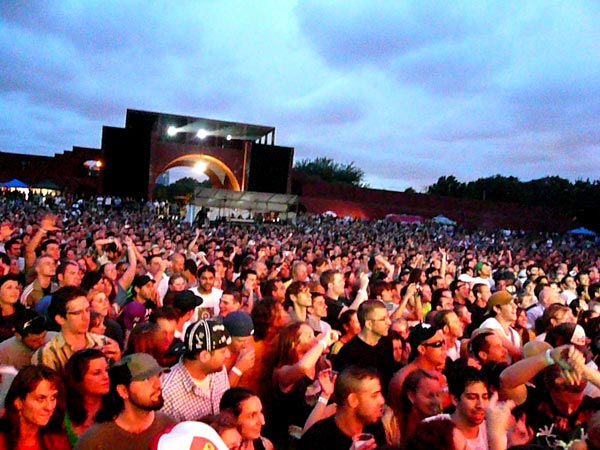 So last night’s sold-out show was both a triumphant homecoming and fresh debut for the trio, backed up by percussionist Alfredo Ortiz and Money Mark on keyboards (on some songs) and the wizardly Mix Master Mike on turntables. (During the press conference, Mike D pointed out that because of Mike’s highly improvised beat dropping, most of their songs turn out to be “nightly remixes”.) The phenomenal two hour set deftly connected the dots between the band’s unique dual history as both old school hip-hop connoisseurs and hardcore punk veterans, recalling their significant role in both worlds during New York’s early 80s music scene. And as if the enthralled crowd needed any further reminder, at one point Adam Yauch stopped mid-song to ask Joe “DJ Run” Simmons – their former Raising Hell Tour pal, among other things – to come out and take a bow.

It’s hard to cite the most memorable highlights from such a uniformly exhilerating show. Hardcore classics Egg Raid on Mojo, Heart Attack Man and Time For Living were unleashed with astonishing velocity, Shake Your Rump and Gratitude were hot as pig iron, the Paul Revere sing-a-long killed as usual, the funky instrumental numbers off The Mix-Up and The In Sound From Way Out were juicy and too-tight-to-be-true, and the closing volleys of Sabatoge and No Sleep Till Brooklyn had the packed pool flooded with high-octane exuberance. We’ve been known to declare “Best Concert Ever” at the end of quite a few shows, but last night in Brooklyn was definitely off the charts. 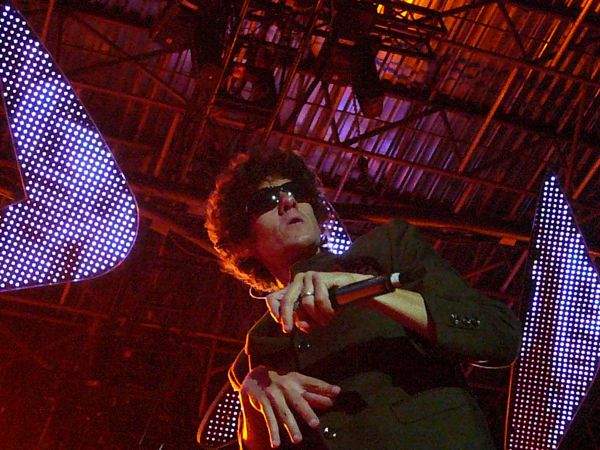 The Beastie Boys conclude their three-night run tonight with an instrumental “gala event” at Hammerstein Ballroom. (Now sold out!) Our interview with Adam Horovitz is here.