Battle of the Philharmonics Brings Hendrix 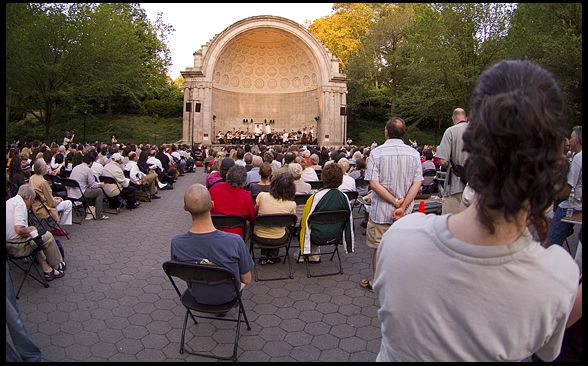 Photo of the Brooklyn Philharmonic at the Naumburg Bandshell by David Velez. 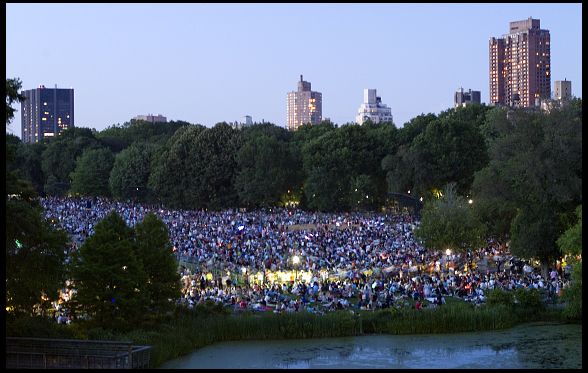 Photo of the New York Philharmonic at the Great Lawn by David Velez.

WCBS reports that as part of the kick-off to their "Concerts in the Parks" series, the NY Philharmonic's encore was voted on by the audience. With a choice between "Flight of the Bumblebee" by Nikolai Rimsky-Korsakov and "Purple Haze" by Jimi Hendrix...they chose the latter. The sonic explosion was followed by a visual one, with fireworks ending the evening. If you missed it, there are plenty more to catch in the future.