Perusing through her basement stash of 10,000 vinyl records, DJ Rekha plucks out a few old favorites. The albums quickly pile up: old school hip-hop, British Drum N Bass, and dance records sourced from the Punjabi region of India and Pakistan, known all over the world as Bhangra. Built upon funky basslines, hard-hitting drums, and breathless vocal deliveries, bhangra is the gritty foil to Bollywood's showy melodrama. It's the real stuff, and DJ Rekha (a.k.a. Rekha Malhotra) has been spinning it in New York for almost 20 years.

Since 1997, Basement Bhangra has functioned as an inclusive, activist-minded party night that champions Rekha's preferred style of South Asian groove. Held on the first Thursday of every month, it holds the title of longest-running regular dance night in New York's DJ scene. Starting in December, Rekha will bring Basement Bhangra back to S.O.B.'s, room where it all began way back when. Gothamist recently spoke with Malhotra about mixing hip-hop with Punjabi rhythms, the importance of musical activism, and how DJing can sometimes turn into political protest.

Tell me about your vinyl collection? I collect a lot of Punjabi folk music, Asian underground stuff, which is stuff that came out of England in the mid-to-late-'90s—second or third generation brown kids mixing different styles. Everything from R&B to Drum 'N' Bass. And then I have like a lot of hip-hop, New York hip-hop like "Simon Says (Get The Fuck Up)." It's all just random good sounds, and a lot of this stuff is not digitized. A lot of it's out of print, and a lot of it never made it to the states.

Un-Google-able music? Yeah, I did a lot of marketing and stuff so labels would issue promos with weird remixes that never made it out digitally. I haven't yet been able to part and whittle down my collection. Some of my records are from growing up, from home.

How did you transition from collector to DJ? I was just a music head that started DJing. We started Basement Bhangra in '97 as a gig opening for a band on a cold Tuesday night. It went really well, and the venue had done one other bhangra type event before and they were like, "Oh we should try to do a night of something Indian." They didn't really know the difference between the genres. So I was like let's try and have a party that just focuses on bhangra music. In the pantheon of like South Asian music at that time, there were sort of South Asian parties and they were very bridge-and-tunnel-y. In clubs of the day, you'd hear a little bit of house, a little bit of reggae, a little bit of hip-hop, a lot of top-40 dance music, and maybe a tiny bit of Bollywood or bhangra. But the bhangra music and the hip-hop music was seen as dangerous. "Don't turn that music up too much!" It's too riling, it's brings out the wrong element within the community.

Bhangra gets people a little too hype? It's not controversial, but I think at the time we started the party, the perception was it was uncouth. That bhangra music was hood, was lower class, was cab-driver music. Bollywood is sort of more pristine, more pop. When I was getting booked by other promoters and other parties, they were like "Don't play too much bhangra, don't play too much hip-hop!" So the opportunity to start a night at S.O.B.s was to say you know what this party is really just about hip-hop and bhangra.

And in the end, we found our audience, and were able to dig deep. Once you set a genre idea around a musical night, you've gotta go deeper. And we did.

And the audience kind of followed you there? People were like "Oh wow, this is like, you're going hard." That was it, a little bit of dancehall, some hip-hop, some bhangra. We found our audience. 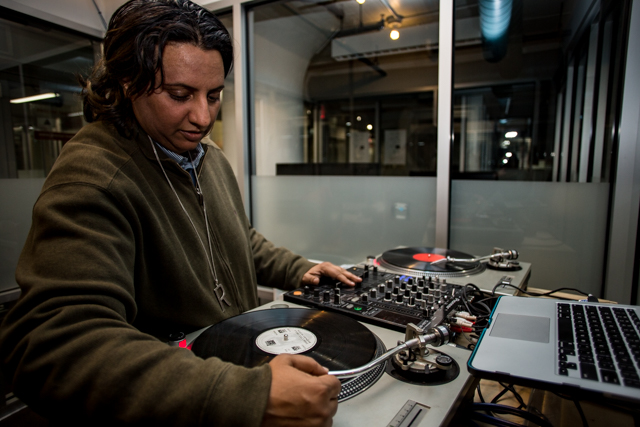 What is it that allows bhangra and hip-hop to play well together? Rhythmically they're just made for each other. They're made in the same time signature, they use a lot of the same basslines. Bhangra use a lot of dancehall influences and hip-hop references. They're produced the same way: studios, vocals, bassline, drums, harmonics, highs and lows.

How would you describe the vibe inside Basement Bhangra? I know you've worked hard to make it an inclusive place. Clubs are always interesting spaces. We just made sure that it was accessible, and you create access by price, by dress codes. I came from an activist background, so my activist friends were there. We used to have some drag queens who were regulars. We'd get a lot of suited people that would do their after work thing somewhere, have some drinks, then come. I think the party was just really about the music. Some of the core were people that grew up with bhangra, and outside of that were just people that just walked into a dope party. 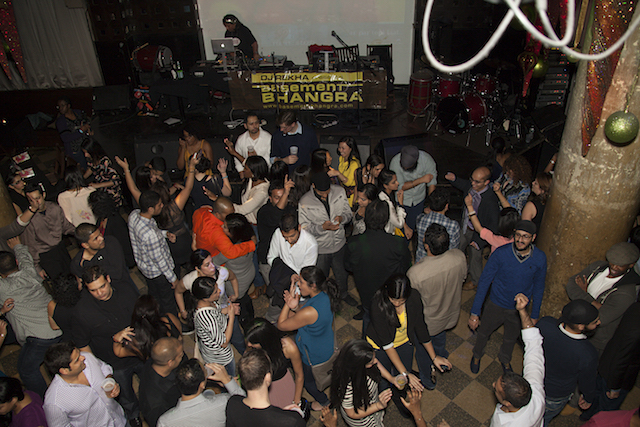 Did the clientele diversify then as the years went by? It was diverse from the first moment. Queer people and activists and some professors in training and just musicheads. Then the bhangra dance teams at colleges started hearing about it, so we'd get people coming from Yale, or a caravan from Cornell driving in. People planning their weekends, planning their international trips around the night. I still get these emails all the time—"I'm planning my trip, when is your night?" Which I find interesting that South Asians come from different parts of the world to New York and they want to go to like a South Asian thing. It's like, come on man get out more! The thing is the party's been around and it's travelled so people know about it.

Does bhangra cross boundaries and borders between more Central or Southern India, the Punjab region, and Pakistan? I think it crosses those borders outside of India. Not in India. People kind of associate bhangra ethnically with Punjabis and North India. Some of that stuff, those stars that get big cross over to Bollywood. The idea of what the music is and how it spreads really works outside of where it comes from. Because when you're brown outside of your homeland, you hear bhangra and you'll be like, "Yeah that's my shit!" even though back home it may not be. Here, that's a function of being in a diaspora, that's a function of being outside where you come from, of how you like take to things that you might be more parochial about back home. Because it sort of has a universal appeal.

Have you felt like that's part of Basement Bhangra's bridging of music and politics? The politics and the social action of the party were definitely about moments when we—brown people—didn't feel safe, or needed a place to gather. Nine days after 9/11, do you do a party or not? You do. Across the street from INS, where they're locking people up. A lot of sikh men came to our party and people who didn't feel secure because we all needed a safe place to gather. Throughout the years of the party we've aligned ourselves with different causes that matter, in raising funds or awareness, whether it's relief for things back home, or just being a breeding ground for activists and artists in the making to gather. In creating community spaces, things just happen.

I do think there's a political charge of being there in a gathering that still exists, for sure. I think doing the first party after the election is going to have its own electric feeling. Especially going back to S.O.B.s where the party hasn't been for many years. We moved it, and now we're coming back and I think there's a real feeling of necessity in like being in a space that's comfortable.