All Tomorrow's Parties (better known as ATP) got a New York home last year in the Catskills, and the old upstate resort Kutshers provided such a perfect space that it'll all be happening again this year. The fest is hands down the most enjoyable event we've ever personally attended, and the soundtrack provided isn't too shabby either. This year Animal Collective, Sufjan Stevens, Flaming Lips, Deerhoof and many many many more will be performing throughout the three days; there's also poker with Steve Albini (don't miss his band Shellac, either), and plenty of other distractions to keep you entertained (check out photos from last year here). If you're free this weekend, we highly recommend buying yourself a ticket—but first, get to know the organizer a little better.

Can you tell us a little bit about the history of ATP? How did you decide to start it? I got bored of corporate music festivals that were all about treating bands and fans badly and decided to start one that had a sense of community and wasn’t about making money and was designed to look after artists and fans alike.

What was the biggest challenge putting together the New York ATP? The idea of people getting out of the city and going away to a music festival in the Catskills seems to be a work in progress. It's a real commitment to do it but totally worthwhile. I think the hardest task has been to educate people that it's a getaway and like an anti-festival, where the music sounds good through a decent PA and the line up is incredible and you won't get rained on because it's all indoors. It is getting through to folks but we need to work on it so that it becomes a firm fixture in the festival diary every year. 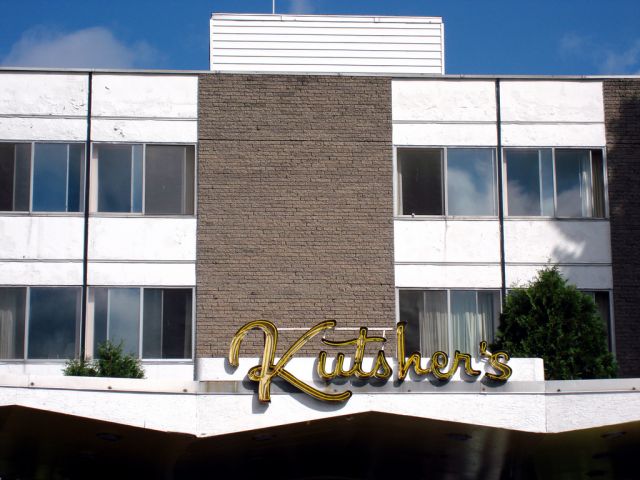 Photos by Abbey Braden for ATP

Will it return again next year? Not sure, if there is enough interest it might.

Who are you most excited about in the lineup this year? Well there is a lot of good stuff to chose from but I am excited to see Suicide, The Jesus Lizard and David Cross will be great. And I really looking forward to seeing Panda Bear. That is if I get out of the production office and actually see any bands at all! 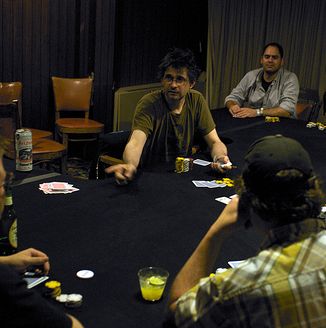 Have you had a chance to play poker with Steve Albini? Yes, strip poker and he cheated so he could see me naked.

How do the London and NYC music scenes differ the most? London seems to encourage promoters to be independent where you can rent venues if want to put shows on, but NYC and most of America is about holding exclusives on venues and it seems like a closed shop. There is a lot of good music always coming out of NYC, some of it is relatively unknown, but for once London or UK seems to be getting better for new music. Bands like Fuck Buttons are a good example of that.

Please share your strangest "only in New York" story. I’d probably get arrested if I did.

Which New Yorker do you most admire? Does Bill Murray live in NYC? He hits the spot every time. I love so many of his films and think he’d be a good person to have a drink with.

Given the opportunity, how would you change New York? I would try to get renting an apartment dropped to a normal price. People say London is expensive. But renting an apartment in Manhattan or even some part of Brooklyn is insane. The rents people charge in NYC is outta control. The real estate people here are greedy pigs.

Do you have a favorite New York celebrity sighting or encounter? I must admit I haven’t seen that many celebs here. Maybe I should pay more attention, ones that spring to mind are the fat kid in Superbad. He’s pretty funny and I also saw Nancy from Weeds in a shop, and Christy Turlington and Edward Burns out at a great spot called Il Buco. But I think celebs are over rated. They generally want free shit or free tickets when they are the ones who can afford it the most.

Best venue to see music in NYC. I like Webster Hall but I saw that venue today called Santos Party House—it was closed when I was there but the room and the sound system look amazing and I have heard great reports about it.

#all tomorrow's parties
#ATP
#Barry Hogan
#catskills
#festival
#interview
#kutsher's
#Music
Do you know the scoop? Send us a Tip