The only general interest bookstore remaining in the Bronx has gotten a reprieve: Bronx Borough President Ruben Diaz Jr. announced today that Barnes & Noble has agreed to a two-year lease extension with its landlord. Diaz said, "I hope that, during this two year extension, both companies are able to reach a long-term agreement that ensures their mutual success in our borough while keeping Bronxites employed. This is a major victory for The Bronx, and I am grateful that both companies have come to an agreement for the betterment of our borough." 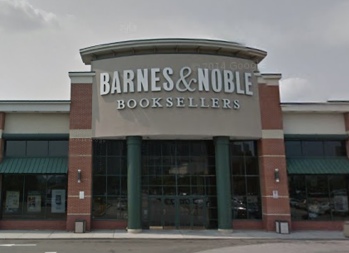 The Barnes & Noble at the Bay Plaza mall opened in 1999, after, as the Times put it, "a relentless pursuit by the borough’s avid readers." The Daily News reported, "The Bronx’s last independent bookstore, Books in the Hood, closed in 2011."

Why was Barnes & Noble ready to leave the space when its lease ran out in January? Well, the chain has been struggling and it has closed major stores in NYC over rent (good-bye, Astor Place; farewell, Lincoln Center). According to the Times:

The Barnes & Noble executive, David Deason, who is vice president for real estate, said that during discussions to renew the store’s lease, which expires in January, the landlord had communicated that it was able to lease the space to others in excess of what the bookseller paid...

Maranda Ashkar, director of marketing for Prestige Properties & Development, the landlord for Bay Plaza and the Mall at Bay Plaza, said that Barnes & Noble’s option to renew its existing lease called for a rent increase based on a previous agreement. The company does not disclose rents, she said.

Once Barnes & Noble decided not to renew, Ms. Ashkar said, Prestige Properties tried to work with the bookseller by offering to let it stay at its current site month to month at a reduced rent until another long-term tenant could be found (with ample notice given to vacate). Prestige’s leasing agent, Welco Realty Inc., had also suggested a smaller space inside the Mall at Bay Plaza, and Barnes & Noble’s real estate agent declined, she said.

Former state assemblyman Stephen Kaufmann, who helped bring the store to the Bronx, told the Times, "It’s like someone put a hand in your body and yanked out some of your heart. It hurts because this is a symbol of the intellectual coming-of-age of the borough and it’s just being removed because of a dispute between Prestige Properties and Barnes & Noble.”

But now, after heads have apparently been knocked together and parties have been likely shamed, everyone's happy! Deason said, "Barnes & Noble is extremely excited to announce that we have reached an agreement with Prestige Properties to extend our lease.  We deeply appreciate the help of Bronx Borough President Ruben Diaz Jr., in helping to coordinate our discussions with Prestige.  We look forward to continuing to serve the Bronx community."

Landlord Sam Shalem, Chairman and CEO of Prestige Properties, made clear he's granting everyone a favor, "As a courtesy to the community and upon the request of Bronx Borough President Ruben Diaz Jr., we made every effort to ensure that Barnes & Noble remains at their current location. Keeping Barnes & Noble in our borough is beneficial for all and we are thankful for the Borough President’s assistance in helping make this happen."

Congressman Eliot Engel is relieved, "Reading is fundamental. Since its opening, the Barnes & Noble at Bay Plaza has been an invaluable part of the neighborhood, serving 1.4 million Bronxites and countless others beyond the borough. Barnes & Noble is the last brick and mortar bookstore in The Bronx, so its closure would have been devastating."

#barnes & noble
#bookstore
#bronx
#Bronx Borough President Ruben Diaz Jr.
Do you know the scoop? Comment below or Send us a Tip