In 1999, a company called Corigin acquired the old Saraha Hotel property at 201 East 14th Street (at 3rd Avenue), demolished it, and put up a new 15-story NYU dorm. When their building was constructed, however, a vinyl ad hanging off of the neighboring tenement's exterior wall was left in place. That ad is now forever sandwiched between the two buildings. 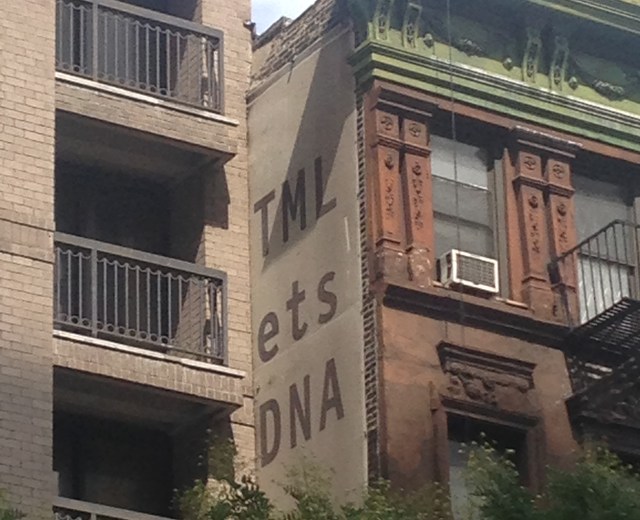 Tipster Jared K. sent in these photos, noting, "It's definitely stuck there, the building is fully pushed up against it, the picture really doesn’t do it justice, it’s pretty bizarre looking at it firsthand." It will remain like this until that tenement is torn down at some future date—which could be in one year, or one hundred years.

We reached out to Corigin and will update if we hear back. But in the meantime, try to crack the code—what was this ad for? The only visible parts of the sign are: "TML ... ets ... DNA ... anything." Surely, one day, Future New Yorkers will be very disappointed by whatever the partially visible time capsule's message is.