The two highest-ranked cats in Gothamist's Cat Battle have been disqualified due to damning evidence of voter fraud, leaving Moo the cat as champion. Thompson received the most votes with 516, and Randolph received 425, but delving into the results showed hundreds of votes for both cats using mysterious IP addresses from India or an identical IP address in Crown Heights. "For the record, I CATegorically deny all the charges," Thompson's owner and Gothamist's publisher Jake Dobkin told reporters in Midtown before rolling up the tinted window of his SUV.

Reached by email later, Dobkin claims, "Thompson obviously has neither the manual dexterity nor the diabolical cunning these kind of shenanigans would require." He continues, "If there is any truth in the voter fraud allegations, it's obviously a black flag operation by Team Randolph designed to throw investigators off the scent of their own turpitude." 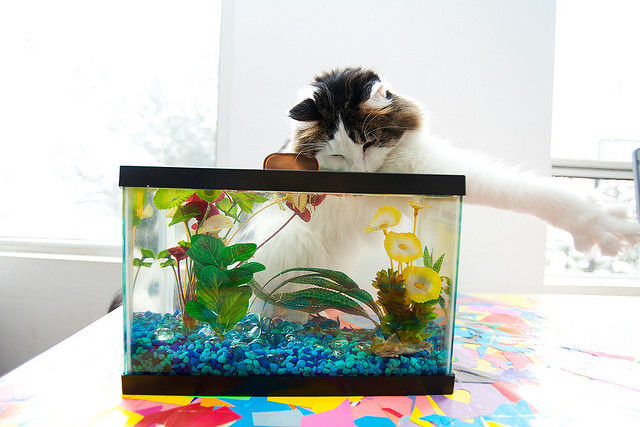 Tien Mao, Randolph's owner, told reporters staking out his Crown Heights home this morning, "Thompson set Randolph up." He continued over the din of flashbulbs, "While I want Randolph to win, I wouldn't resort to this level of chicanery." Asked to explain himself, Mao said, "It's a setup by this evil Thompson character. You've seen his Twitter account, right? He's so angry and needy."

Mao is referring to @thompsonthecat, an account that claims to speak for the puerile and sexually deviant desires of Thompson. Dobkin strenuously denies manning the account, and we have been unable to confirm its origin. 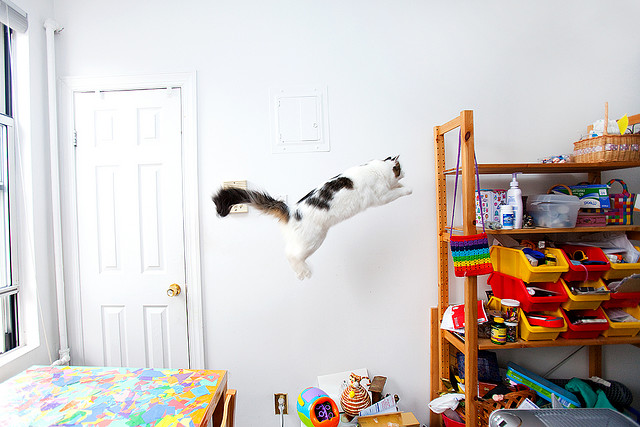 "This really just hurts the children," a source from the United Nations Internet Electoral Assistance Unit tells us. "When you click on an internet poll, be it for whether or not your boyfriend likes it when you lick his ear, or in this case, to voice your opinion on feline adorability, you need to know the results are pure. Who can you trust?" The source, who declined to be named, citing the ongoing investigation, added, "You might as well just round up a bunch of cats, kill them, and try justifying it as 'mercy.' It's that horrific." 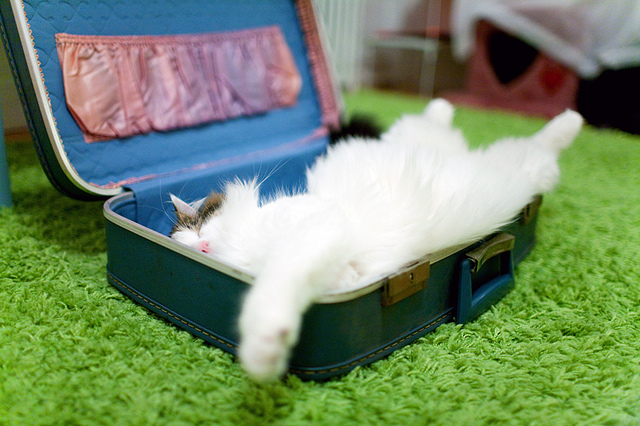 Yet cat fanciers can take comfort in the integrity of Moo's owner, photographer Katie Sokoler, who declined to even tweet about the contest for fear that her thousands of Twitter followers would unfairly tip the scales. "I'm just so surprised they cheated!" Sokoler tells us. "Why would they want to win so badly?" On vacation, Sokoler wasn't able to put the phone to Moo's ear, but did say, "We are deeply honored. Ever since moo was born I knew he was special. Being cute has always come naturally to him." And to those who cheated? Sokoler has one word: "Shaaaaaaame."