Back From The Dead: Carrie The Musical's Original Creative Team On Resurrecting The Infamous Flop

Almost a quarter-century after she first bombed on Broadway, Carrie White has crawled out from her grave to sing again—just like in the movie! Carrie, the musical, opens today at the Lucile Lortel after many nips and tucks by the show's original creative team: composer Michael Gore, lyricist Dean Pitchford and book writer Lawrence D. Cohen (who also wrote the Sissy Spacek film). And let's be clear, this isn't a farcical take on a classic scary movie like Silence! The Musical, that other current off-Broadway show based on a popular book and movie. No, like all teenagers, Carrie wants you to take her seriously. And after so many years of merciless mockery, why not give the old girl a chance? To celebrate her return we chatted with the guys who made the whole thing happen. Twice.

"It was no secret that we weren't thrilled with the 1988 production," writer Lawrence Cohen recalled to us recently of the show's legendarily short run (see: Not Since Carrie). That iteration "barely resembled the show that we had in our minds." Still, "what interested us [in Carrie], the dream of the show, remained. The only question was when, not if, we would come back to it. Over the years we got, I dunno, hundreds of requests a year from everything from regional theaters to summer camps to do the show," but the timing was never right. "We didn't want to deprive the world of seeing Carrie, but the three of us really didn't want to see the identical version of what closed on Broadway—not again."

Broadway producers came knocking too, but one of the trio was always either busy or was "still licking their wounds." Until about three years ago, that is, when not only did the group decide they wanted to "get together and put on an authorized version of Carrie," but also found out director Stafford Arima (Alter Boyz) was interested in directing the piece. One of the things that made him attractive was that, unlike the countless people who have blatantly lied over the years and said they saw one of the original's 21 performances, Arima actually had seen the show. "His mom had taken him on a trip to the city to see the show and M. Butterfly—she was a pretty swell mom," said Cohen. So everybody sat down together, got along fine and, as fast as you can say "plug it up," the telekinetic girl from Maine who made Stephen King famous was heading back to the stage. 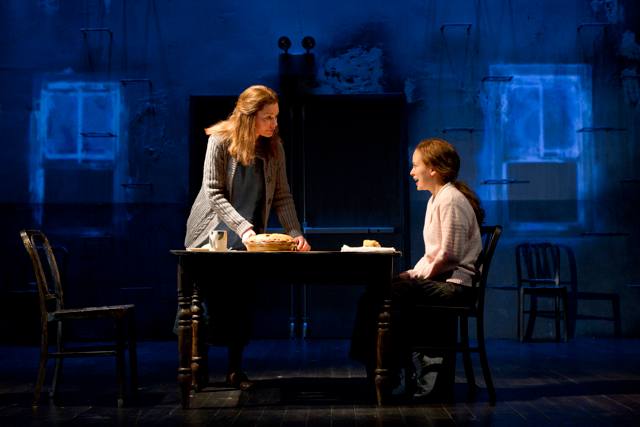 "When we decided to re-approach it, we basically decided to start at page one and really look at everything," recalled Michael Gore. "The first time around we had a chance to workshop act one, just the three of us, but we never really had a chance to workshop act two. So we spent a lot of time on new material for act two, though every single number was really looked at again." Out went the notorious pig killing number that started the second act ("no expense has been spared in bringing the audience some of the loudest oinking this side of Old McDonald's Farm," Frank Rich quipped in his 1988 pan). An extreme opening aerobics number was toned down to become a song for the whole cast. Cut songs were revived and new songs were added. Even the focus of the show was shifted, with the addition of a framing device that Cohen had used, and Brian De Palma cut, when he wrote the original Carrie film script. 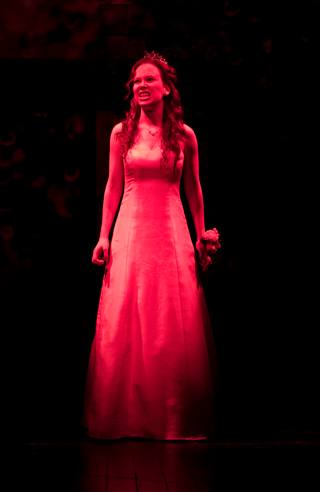 Carrie at the prom (Joan Marcus).

In the end, the differences between the Broadway's Carrie and off-Broadway's Carrie are striking. The sets, the smoke, the leather, the fire, the giant white stairway to heaven—all gone. Instead audiences get a decidedly small show on a simple set performed by a group of mostly quite young actors (Molly Ranson confidently tackles the title role). The focus now is really the sadly all-too-topical story of a victim getting their revenge on their high school bullies. Just this victim happens to be able to move things with her mind.

The tighter focus of the show also means it isn't as over-sexed and smoky as the original, something Betty Buckley, who played Carrie's deeply religious mother Margaret White on Broadway (and the gym teacher in the movie), has noted. Not that the creative team exactly agreed with her when she called it "the PG-13 version of the orignal" to the Times. "Betty's performance was one of the things about the original production that I absolutely loved," Cohen says, "It just seared the earth." But he believes that what they have now—"without the crucifixes and dominatrix heels"—is a natural progression for the show. "It's simply more believable and well-rounded, I hope."

Carrie's deeply conservative mama (now played by Marin Mazzie) remains as interesting and gothic a figure as she was in King's novel—though in 2012 she is also somehow tamer. "In 1988, in 1976, in 1973. In all of the actor incarnations and as written by Steve [King], the character of Margaret White was regarded as very extreme," notes Cohen. "I've seen at least four or five incarnations of how to take Margaret, but she was always a littler bigger than life. What's happened in the last twenty years is that you don't need to look terribly far to watch Michelle Bachman, to watch Sarah Palin, to watch people who are quite attractive and walk among us every day, if not have their faces front and center in the media, and what is coming out of their mouths, in a very matter of fact, very normal way, is stuff that makes Margaret White seem tame. The culture has changed."

While Margaret White hasn't changed much over the years, despite cultural differences, her daughter has. "When we went back and looked at act two we realized we were sending the wrong signal starting with the end of act one and continuing on," lyricist Dean Pitchford explains. "In the original material at the prom Carrie basically falls in love with Tommy. There's an arc of her going 'oh my gosh, I'm going to the prom with this guy, I think I could be in love.' She sang a song called 'I'm not alone' where she talked about how 'I'm not going to be alone ever again because this boy is in my life.' Well, that was in 1988. We looked at in 2010 and we looked at this character and we went 'This girl is smart. The thing we love about Carrie is that she's plucky and smart and she knows that Tommy's got a girlfriend.' She's letting herself go along for the ride, letting herself enjoy the opportunity that has been extended to her. And that's what we wanted. But by going in and taking out all the pipe that we laid about Carrie falling in love at the prom, then we had to go and write another kind of Carrie. Give her a different trajectory. And out of that came her saying 'if other girls can do it, why not me?' So she sings that song and the act was changed. But that meant taking out enormous swaths of material."

Whatever her reasons, however, Carrie does still go to that fateful prom. And [decades old spoiler alert!] there will be blood. But now the show's climax is far less literal (nobody's hands go on fire, no giant house sets collapse) if no less disturbing. The team tells us they were working on tightening and tweaking the prom slaughter right up until the last minute. If all that work paid off probably depends on what you think of blood and fire projections and syncopated mass death dances. Still, one thing is already clear about the new Carrie. She's going to last longer in 2012 than she did in 1988. The show's current engagement has already been extended through April 22. 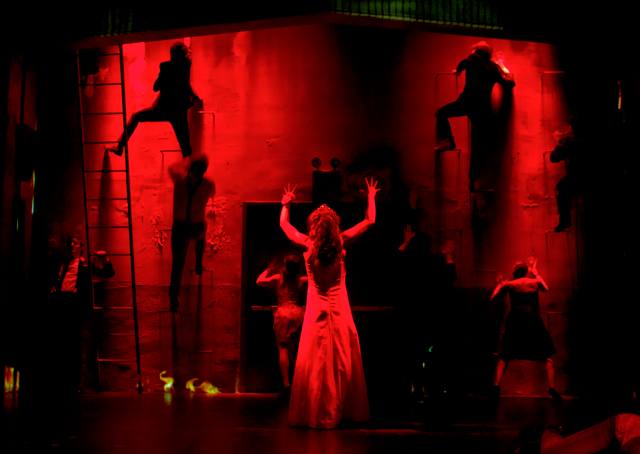 #carrie the musical
#carrie white
#dean pitchford
#lawrence d. cohen
#michael gore
#stephen king
Do you know the scoop? Comment below or Send us a Tip