Ask A Native New Yorker: Will I Ever Stop Dreaming About A Bigger Apartment?

This week's question comes from a New Yorker who's haunted by a recurring dream about a bigger apartment.

I have lived in New York for 17 years. I consider myself wildly lucky because I live alone (other than my dog) in a one-bedroom apartment. I was in my mid-30s before I had a sofa. But I still periodically have dreams that I live in a bigger apartment.

I don't mean aspiration-type dreams. I mean that I am asleep and dream that I notice a door I hadn't seen in my apartment before. Beyond it there is a beautiful library with a rolling ladder and marble and tufted jade green leather benches, and I am so excited, until I realize there is an elderly homeless woman who has been living in there for years because I didn't realize I had this extra room and now I'm going to have to kick her out, because obviously I'm not looking for roommates.

I'm too ruined to live anywhere other than New York at this point, and I own this apartment and I will never afford anything bigger with my poor earning potential, and I am single. My building is filled with older bitter ladies who never married and complain about everything, which I consider both a vital warning and also an inevitability, as if my life is a novel and these women are simply foreshadowing. So the longer I have lived here, the more certain I have become that my apartment is my coffin.

Should I just assume I will always have these dreams about my apartment being bigger than it actually is?

Congratulations on having this most New York of all dreams. I am jealous, because although I was born here and have lived in a series of matchbox-sized apartments for many years, I have never had this dream, and have often felt it was a sign of some inchoate falseness in my native identity.

On first consideration, many readers might be inclined to dismiss this dream as simple materialist wish fulfillment. After living in a small apartment for many years, who wouldn't occasionally wish for more space, especially after being bombarded by the false representations of apartment size in our movies, television programs, and magazines.

While awake, of course your super-ego reminds you that as an apartment owner in a city where two-thirds of people rent, you are already doing better than most of your neighbors money-wise. And space-wise, as a single person living in a one-bedroom apartment (into which some poor souls are forced to crowd THEIR WHOLE FOUR PERSON family and haven't slept in a week because every member of the family caught a cold from their pestilential toddlers because germs travel fast when everyone only has 100 sq ft to themselves and sometimes you actually consider sleeping in the bathtub just to have a break), you also have it pretty easy.

But when you sleep, your internal censors are off-duty, and so maybe your unconscious indulges in a little harmless dream play, where it gives you what you secretly want. Sadly, this reading of your dream is incorrect. Bruce Springsteen once asked "is a dream a lie if it don't come true, or is it something worse?" In this case, it's worse. 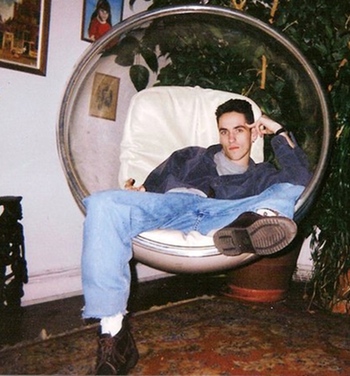 Though I am not licensed as a psychologist, like all Native New Yorkers I have been in therapy for several years. Twenty-two, actually, in few modalities: psychodynamic, analytic, cognitive-behavorial, etc. Under native New York common law, this entitles me to dabble in freelance diagnosis for my friends and pen-pals who through a lack of time or because they have insufficiently crippling personal problems, have never sought professional counsel.

Not every dream lends itself to analysis. Like two days ago I dreamt that Bill de Blasio had murdered a bunch of people, and I'd found out about it, but I was scared to write up the blog post because it would cause Joe Lhota to win. I don't think that has much in the way of deeper meaning. But repetitive dreams, filled with anxiety and a looming sense of revelation, these I do believe are best tackled along analytical lines. From Freud, we can take the idea of an unfulfilled wish, censored by the conscious mind, that I outlined above. From Jung, we can take the idea that your dreams present this problem clothed in imagery from your daily life.

But this conflict is not about money or space. The "elderly homeless woman" and "older bitter ladies" that you allude to in your letter are the giveaway. You are clearly worried about a barren, lonely future, and this anxiety is bubbling up in this repetitive dream. Freud would say that the "beautiful library" with its "marble and tufted jade green leather benches," is symbolic of your empty womb: richly appointed, but unused. I would note that it also resembles the inside of an expensive "coffin," to use your word. Jung would add that the homeless woman is a projection of your own feelings of being unloved, and your fears of dying alone. Both would probably tell you not to take any serious psychological advice from a blogger.

But I will continue anyway. Of all the dangers the city presents, the most common and most fatal is getting stuck. New York makes it easy to build up a comfortable little niche in some neighborhood, some job, and with some friends, and ever so slowly, erect a bulwark against change and death. And then suffocate inside of it, like the Collyer Brothers. You can fight this tendency in many ways, all of which involve getting outside of yourself and trying new things.

First, you could consider having a family. I don't believe that having kids is necessary to experience full self-actualization, but many natives do. At the very least, having a kid forces you to think of someone else's needs and fully commit to an emotional relationship, which is only like 75% true of having a dog. And in this age of artificial insemination, being single is no bar to parenting: if Perez Hilton can have a kid, so can you.

But let's say you're anti-kid. There are still many options to break you out of this tomb you've built. Consider devoting yourself to a life of service to others, through volunteerism or a different job. Or try a life in the arts: the work of creative expression involves constantly considering the reactions of others, and that makes it a solid path to wisdom. Or devote yourself to one of the mindfulness activities: meditation, therapy, even frequent exercise; they can all make you feel more present, open to change, and fulfilled.

Do not be complacent! Though I have no doubt that many of our city's crazy cat ladies and hoarder gentlemen are doing exactly what they want to be doing for completely sane reasons, that doesn't mean you should join them in these pursuits. Listen to your dream and get on with your life!