Ask A Native New Yorker: Should I Buy Bootleg DVDs On The Subway?

This week's question from someone tempted to watch today's blockbuster movies in their own home.

Could I get arrested for purchasing The Hunger Games: Catching Fire from the dude on the D train? I am always tempted to buy DVDs or knockoff handbags, but I'm scared that I'm being set up by the NYPD. How much in jail time and fines would I be risking to save a few bucks?

Also, if I decide to buy a DVD, what should I be looking for in quality and price? Should I make the seller show me the quality before purchase? 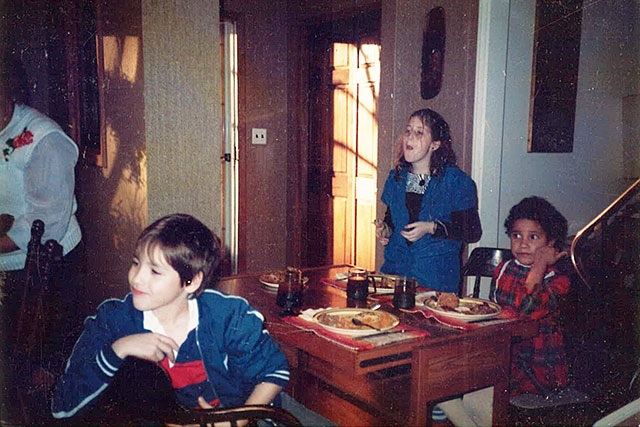 Did your email get sucked through some kind of wormhole in the space-time continuum? Because it sounds like you wrote it ten years ago, when people were still consuming films on physical "DVDs" and purchasing ostentatious luxury items to parade around the city. In 2013, we don't need to buy a bootleg Hunger Games DVD: we're five years into a real Hunger Games style depression, and people have neither the money nor the inclination for conspicuous consumption any more.

But maybe you are a new arrival from a more prosperous land, where this sort of thing still goes on. In that case, please read the following discussion, which may help you avoid becoming that gullible rube riding the A Train with a fake Fendi bag full of shaky counterfeit Iron Man disks. 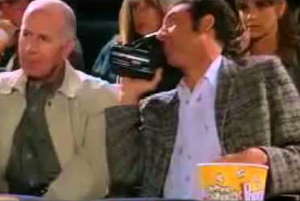 Let's consider movies first. In the old days, you could have tried to make an economic argument for buying counterfeit DVDs. This is back when a new film out on DVD retailed for $30 and only the ten richest kings of Europe could afford to watch DVDs the week they were released. But today on iTunes you can buy a copy of Fast & Furious 6 for $17.99, and rent it for only $5.99 (no disrespect to the recently deceased, but are you going to watch a movie like that more than once?) And that's to watch a movie instantly: no more having to trek out to Blockbuster to rent or buy it.

And if those prices are still too high for you, consider Netflix or Hulu, which cost $8 a month for a wide selection of movies, or asking your parents for their HBO Go login, which is free (to you!). Similar services exist for music (I prefer Spotify, at $9 a month), and even video games.

Some of you anarchists will say "Nein! There is no circumstance in which I will pay money to the oligarchic media establishment!" But in that case, the only moral thing to do is forsake media consumption entirely (or, you know, get a library card.) Don't pretend you're taking the system down from the inside by bittorrenting Game of Thrones. Doing that, or buying DVDs on the train, also deprives all of us who work in the media industry of the pennies that add up to form our salaries. Forget that B.S. about how your piracy is really helping to popularize creative works: artists are grateful for your word-of-mouth, but like it even more when you pay the $4.99 to rent the movie.

Piracy also exposes you to a small amount of risk in the form of a nastygram from your ISP, or, in the case of subway DVDs, getting a really shitty copy. In that case, though it is immoral, at least follow the native New York advice of "don't be a fucking sucker" and force the movie purveyor to screen the film on the little DVD player he carries around.

There are a different set of issues with luxury fashion items like handbags and watches. While you have the right to own a few nice things, in this age of Occupy Wall Street and the Great Recession, wearing ostentatious clothes or jewelry seems vulgar and clueless. The big fashion houses seem to have picked up on this message— a quick perusal of the current Louis Vuitton and Fendi handbag lines suggests most of the bags have toned down the obvious branding that was popular in the early oughts: the giant buckles and huge logos everywhere. Since that stuff is out, the bags are no longer that useful for conspicuous signaling of your wealth (which is wrong, obviously, and even in the old days suggested only personal insecurity and a gullible acceptance of certain types of marketing).

The only remaining reason to buy them is for their high quality, and as the imitations are notoriously low-quality, purchasing them is therefore illogical. If you do, the penalty will not be arrest (unless Margaret Chin gets her way), it'll be the personal knowledge that you're carrying a crappy bag designed to fool people into thinking you're rich, which is dumb on at least two levels.

Anyway, as I said earlier, this is all largely an outdated discussion. This is no longer the New York of Sex and the City, where the important things were the brands you wore and the restaurants you ate at. This is the New York of Bill de Blasio and 20,000 homeless kids, and all of us need to be thinking less about what we consume and how we consume it, and more about how to consume less and give more to the people who really need it. Anything less is seriously unfashionable.

N.B.: According to this post I found from 2006, the only counterfeit item I've ever bought was "a DVD copy of the Matrix Reloaded. [I] was disappointed with the quality of the copy and the original film." SLAM! The rest of the essay strikes me as a bit insane, as it suggests setting up a Macau-style counterfeit goods zone around Canal Street. I think I was hanging out with too many libertarians back then.

N.B. 2: There are other reasons not to support counterfeiting, including that counterfeits are often manufactured in sweatshops (of course, so is a lot of non-counterfeit stuff!), counterfeiting operations deprive the government of tax dollars that pay for services, and counterfeiting dollars can potentially support other illegal activities. But these arguments are unnecessary, since it is enough to know that you have affordable alternatives and you don't want low-quality merchandise.