Ask A Native New Yorker: How Should I Interact With Ultra-Orthodox Jews?

This week's question comes from a South Williamsburg resident who's unsure how he should interact with the local ultra-Orthodox Jews.

More than a few of my fellow transplants in South Williamsburg have conflicted feelings about the local Hasidic community. My peers are intrigued by the mysterious "Otherness" that Hasidim bring to the neighborhood, a totally alternative lifestyle and culture to that of mainstream secular New York, but are also vaguely offended by their complete disinterest in non-Hasidim. For example, somehow Hasidic shops in South Williamsburg feel more unwelcoming to outsiders than, say, Chinese shops in Flushing.

Because I am well aware of the history of oppression experienced by Hasidim in Europe, I feel like I should not take offense at any perceived slight I feel from the Hasidic community. On the other hand, it seems unfortunate that a historically excluded tribe would be so exclusive. How should I feel about this? How can I be a good neighbor to someone who appears to want nothing to do with me? 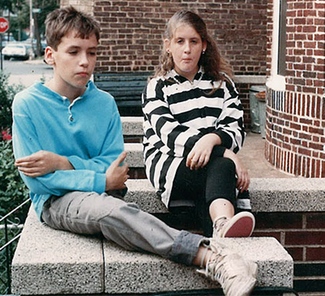 New York does not require you to have a specific feeling towards each of our many ethnic and religious groups. Do you have a strong feeling about Dominicans? The Polish? Fujian Chinese? Of course not: you probably know a bit about each culture, appreciate their food when you get a chance to eat it, and otherwise don't give them a second thought. This is called "tolerance" and it is an attitude our city has been famous for since it was a Dutch trading post called New Amsterdam.

Sure, we've had our share of set-backs, like the couple of centuries when we owned slaves and our many race riots (you may remember the Crown Heights Riot of 1991, but this follows a long tradition going back all the way to the Irish-on-black Draft Riots of 1863 and beyond.) But on the whole, the arc of New York history has bent towards justice. Our live-and-let-live attitude has served us well, and you seem to be following it in regards to your Williamsburg neighbors.

Why is this particularly difficult when dealing with Hasidic Jews? First, we must purge ourselves of the common anti-Semitic stereotypes that some New Yorkers embrace. The first is that Hasidic Jews are bad drivers. This is simply a combination of selection bias (you don't remember all the other bad drivers you see, but you do remember the Jews, because of their memorable outfits) and because the Orthodox depend more on cars than their neighbors (because of limited mass-transit options connecting South Williamsburg and Borough Park to other Jewish enclaves in the city and upstate.)

The second stereotype is that Jews, and the Orthodox in particular, are cheap. This is also untrue, and the combination of a few pernicious factors—including widespread poverty in the ultra-Orthodox community, and centuries of stereotyping the Jews were forced to endure when money-lending was one of the few professions open to them in Christian and Muslim lands.

Third, we must discuss the idea that Orthodox Jews do not value or enjoy interacting with goyim. This is actually kind of true! But it comes out of the natural reticence that the religious have interacting with people who do not share their values, do not understand their traditions, and in many cases, do not speak their language (which in Williamsburg is Yiddish.) Given the five-thousand year long trail of tears that is Jewish history, this slight reserve is not surprising. 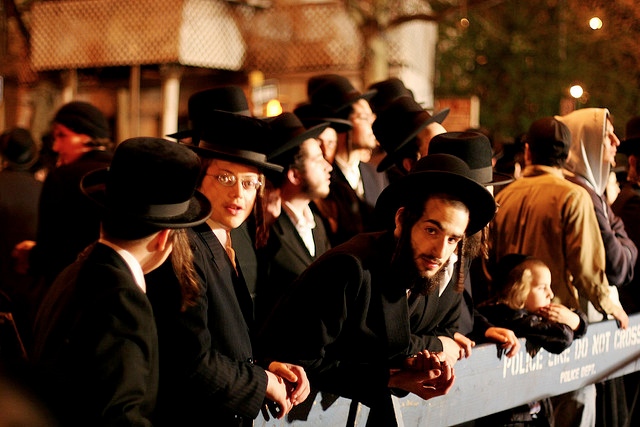 But the Jews have also survived under such difficult circumstances by getting along well with their neighbors, treating them fairly in business, and establishing mutually rewarding personal relationships. Sure, it may take more time for you to make your first Orthodox pal, but if Shmuley Boteach and Cory Booker can be best friends, you can probably get to at least a first name basis with your local Kosher butcher. Try starting with a friendly "Hello! How is the chicken liver today?"

This may lead to a life-long philo-semitic attitude. Personally, I've long found the Orthodox fascinating. If you want to spend an interesting hour online, go down the rabbit hole that is the Hasidic Judiasm article on Wikipedia. You'll have a lot more to talk to your Jewish neighbors about if you can speak knowledgeably about their traditions, holidays, different styles of dress, etc.

One thing that surprised me was the wide range of religious attitudes within the Orthodox—just as there are liberal and conservative branches of Christianity, some black-hat sects are much more strict than others (the Satmars, who control much of South Williamsburg, are among the most conservative.) Likewise, you'll learn to avoid the simple cultural misunderstandings that can hinder friendly neighborly conversation, like trying to shake hands with an Orthodox woman if you're a man, or wearing a short skirt into a Jewish bakery if you're a woman.

Sure, these customs may seem silly to you, but is it really such a sacrifice? I mean, you've learned not to smoke in bars or clip your nails on the subway, so you should be able to get the hang of this.

That does not mean that New York tolerance demands that you accept every aspect of Orthodox culture. Just as your right to swing your fist ends at my nose, the First Amendment religious rights of the Orthodox rightly end where they would force their own neighbors to sacrifice their own freedom. This would include an Orthodox demand for a gender-segregated public bus line, special exemptions from the public health laws that apply to all New Yorkers, or the right to perpetrate voter fraud in local elections. 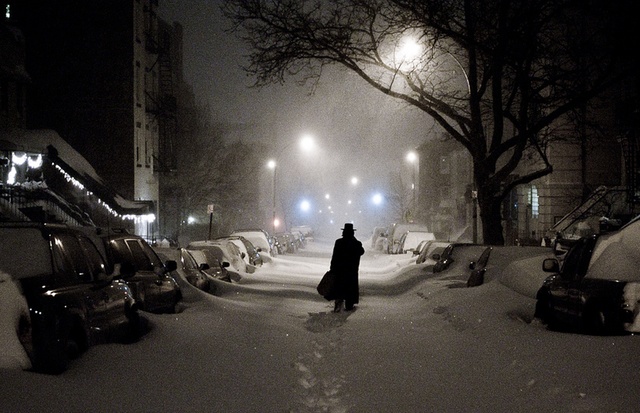 Upstate, some school districts with large Orthodox populations have seen their public funds unfairly drained into the Yeshiva systems (mostly through spending on Special Education and busing). As the Orthodox population expands in Brooklyn, this may one day become a problem that New York City has to deal with. Similarly, as a society we have a right to demand Hasidic schools educate their kids in basic math and science skills, because one day, many of these kids will have to get jobs, and we will have to pay the bill if they don't have the proper training.

Finally, no amount of tolerance requires secular New Yorkers to treat the widespread problem of child abuse in Orthodox communities with anything less than revulsion and a demand for a fast and powerful response from the authorities. We reacted the same way when similar problems were revealed in the Catholic schools and churches. Protecting kids is much more important than protecting religious sensitivities.

To summarize: the Native New Yorker has no prejudices, but also no illusions: he sees both the good and the bad in our city as it is. And by proceeding with honesty, thoughtfulness, and good humor, he finds a way to communicate with all of his neighbors, no matter what kind of hat they wear.

N.B.: Though it is irrelevant to this discussion, I will mention that despite my curious last name, I am Jewish, descended from emigrants from the Pale of Settlement in what is now Lithuania and Ukraine. I was B'nai Mitzvahed at Park Slope's Beth Elohim Temple.

N.B. 2: According to the recent Pew Survey, only 48% of kids born Orthodox stay Orthodox. It is quite possible that the child or grandchild of your Orthodox neighbor is going to look, sound, and act a lot more like Ad-Rock than Matisyahu. So if you're not comfortable with today's Hasids, chill out and wait.

N.B. 3: There are many parts of the Orthodox lifestyle that might seem offensive to New Yorkers brought up in the Western humanist tradition, particularly the misogyny with which they treat their women (especially during divorces), the way they shun their apostates and gays, and the perplexing attitude they have about non-Orthodox Jews not being Jewish. Once you've made your first Orthodox friends, you can try discussing this stuff with them!

#ask a native new yorker
#hasidim
#hasids
#jews
#satmar
#original
Do you know the scoop? Comment below or Send us a Tip