This week's questions comes from a lifelong New Yorker who's worried that her "New York accent" makes her seem uneducated to non-New Yorkers.

Like the rest of my family and all my childhood friends, I have a New York accent. When I was a kid in the '70s, I was determined to be well-spoken and to avoid sounding like Travis Bickle or Bugs Bunny, so I strove to eliminate my accent and enunciate, pronouncing all the Rs in every word, the Ts in Manhattan, the D in sandwich, and so forth.

In my mind, while the Southern accent sounds charmingly courteous, the British accent charmingly quaint, and other regional accents have their own appeal, the New York accent suggests that I have a third-grade education and will pop a cap in your ass. But now that I am grown woman, I am wondering if my childhood self was too hard on the New York accent.

I do a lot of public speaking in the course of my professional life, often addressing large groups in meetings at work, and sometimes I'm interviewed by the media for television or video clips. The accent emerges on certain words, especially those with Os and Rs such as coffee, store, dog, doctor, drawer, professor, here, even New York.

Do people outside of NYC think our accent sounds uneducated? Is it silly and bizarrely self-hating to strive to suppress it in media interviews, or do non-New Yorkers think nothing at all of the accent other than it suggests a New York upbringing?

What I'm trying to say is that changing something as fundamental as the way you speak, just to gain the esteem of others, or to get ahead in your career, is really unzen and ultimately self-defeating.

This is for a number of reasons: first and foremost, it won't work. You might think you sound like Keira Knightley, but everyone who's listening is still hearing Fran Drescher. New York accents are like that New York garbage smell in summer: no matter how much you try to disguise it with Febreze, it's always going to slip through. So now you just smell like Febreze and rotting city juice—is that really the scent you're going for? 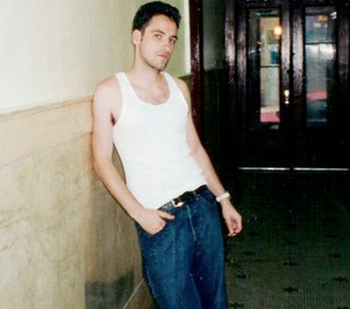 Second, even if you could deal with sentences like "I wuz on thoidy-thoid and thoid, and I aksed the doctah fo a cuppa watah, but he only had soder," the New York accent is about a lot more than just dropping the r's and sticking them back in the wrong places—there's a whole vocabulary and grammar ("I was in L.E.S. waiting on line for a knish, when this kid sitting on a stoop says to me..."), and you'll never be able to hide all of it.

Third, there is the whole New York manner of speech. Deborah Tannen has a good essay about this, in which she talks about the strange loudness, the weird gesticulation, the "'machine-gun questions': fast, with an unusually high or low pitch, in a clipped form, and often thrown in right at the end of someone else's sentence, or even in the middle of it." Youknowwhatimean? Modifying all of those behaviors is impossible—no one has that kind of self-control, and even if you did, that degree of self-censorship would drive you insane.

But these objections obscure a much more important reason for not hiding your accent, which is that New York is the greatest city in the history of the world, and your accent is a unique badge of your native citizenship here: fuck any job or social setting that would make you suppress that. Seriously, there are plenty of other jobs, even in finance or law, where a strong New York accent will actually be an advantage (bond trading? Brooklyn criminal law?), so you've got no economic excuse.

Finally, it's worth mentioning that your classic New York accent is actually dying out. The Jewish, Irish, and Italian immigrants whose languages mixed to form the accent commonly associated with New York City have long since adopted the more understated American inflection that they heard on TV, or else moved deep into Jersey or out on the Island.

In 50 or 100 years, if our kids aren't communicating entirely in electronic clicks and beeps, when they talk about a New York accent they will be referring to whatever you get when you mix Mexican, Indian, and Chinese. So if you still pronounce "seltzer" as "seltsa", you've got a grave responsibility to carry that on as long and as loudly as you can.

N.B.: All the research I did for this column suggests there's no such thing as a "borough" or "neighborhood" accent, and at most there are just Jewish, Italian, Irish, Black, etc. manners of New York speech. But this is demonstrably untrue. Witness this stunning example of the native Park Slope accent, a complex melange of valley-girl upspeak, Jewish Brooklynese, and just a dash of Tourette's:

N.B. 2: "If These Knishes Could Talk" is said by my native friends to be the definitive documentary on the New York accent—watch it!

#accent
#ask a native new yorker
#dialect
#nyc
#regionalisms
#original
Do you know the scoop? Comment below or Send us a Tip