As Seen On Mad Men: 14 Photos Of The Rolling Stones At Forest Hills Stadium In 1966 Last night on Mad Men, Harry Crane and Don Draper headed to Queens to catch The Rolling Stones at Forest Hills Tennis Stadium in an effort to sign them up to record a jingle for Heinz Beans (move over Bean Ballet), with a "TimeHeinz Is On Your Side" pitch*. The two even explore the borough a little, with a stop at the Queens Boulevard White Castle! We won't include any real spoilers here—instead, let's look back at the stadium and the concert. When we check out some photos from 1966, the year that Don Draper & Co. are currently living in, we saw a photo of this Rolling Stones concert, which happened in real life on July 2nd, 1966. 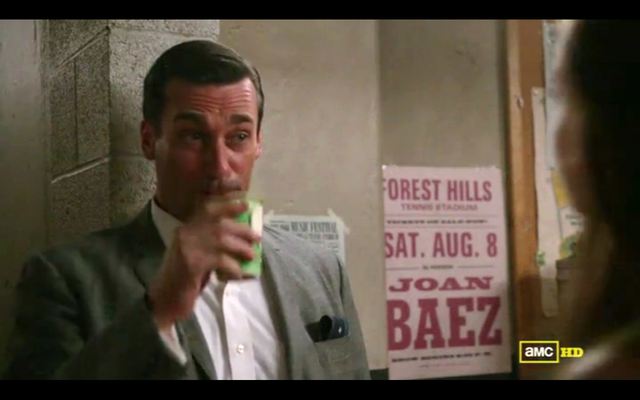 The stadium had a capacity of 14,000, and saw acts like The Beatles, The Supremes, Joan Baez, Jimi Hendrix, Judy Garland, Neil Diamond, and Frank Sinatra; you can even spot it in Alfred Hitchcock's Strangers On A Train. Even with all of that history, and the fact that it was the venue for the U.S. Open for many years, it was still denied landmark status last year. Here's some video of the state of things at the stadium now:

Bonus fact: This stadium is also where Richie Tenenbaum played the worst tennis of his life:

*As Don noted in last night's episode, The Rolling Stones had sold out already: