Back in his day, Walt Whitman had to walk to Governors Island. In the snow. Uphill. Alongside farm animals. By the time Robert Moses came around, that was no longer an option, so he was like, "let's build a superhighway bridge connecting it to lower Manhattan." (We're paraphrasing.) But alas, the island can currently only be reached by boat. And that's probably how it should stay—do we really want to make that peaceful oasis easier to get to? Artist Nancy Nowacek would like to, and has been dreaming up ideas for a workable pedestrian bridge that would connect the Island to Red Hook. 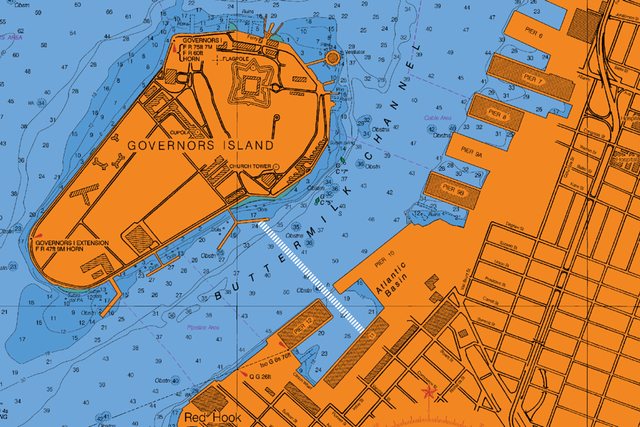 The walk across Buttermilk Channel is only around 1,200 feet, or 4 New York City blocks, and Nowacek has been developing bridge prototypes for the past two years—one will be unveiled at City of Water Day on Governors Island tomorrow.

Brooklyn Based notes that "This latest version of Nowacek’s grand vision [her fourth] is a far cry from her initial sketches, some pretty wild ideas that she developed without consulting any of the experts that now advise her. One depicted a string of adult-sized hamster balls, another a flotilla of boats, still another a bridge constructed of stitched-together pool floats, all highly creative scenarios that seemed a little tricky to actually walk across." Her new floating "Citizen Bridge" can be tested out (on land) at Governors Island tomorrow—it looks like this: 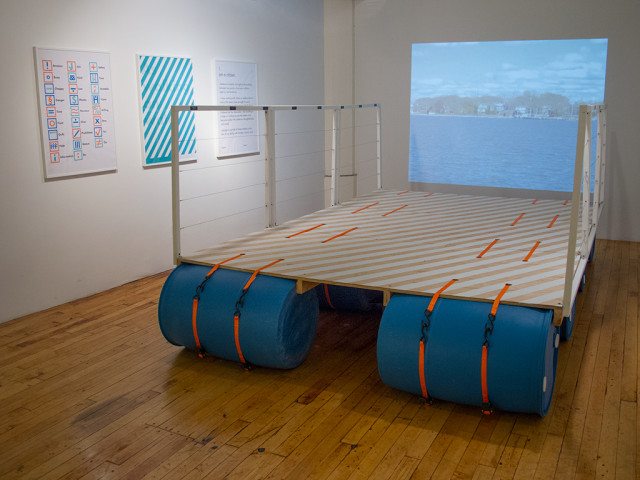 A water test is planned for later this summer (she's conducted these before), but can this happen FOR REAL? If the city okays it, and it can get funded, sure... but it would happen for just one day, and that would be one full day of Buttermilk Channel being closed off to ships (freights, ferries, water taxis, you name it). Currently Nowacek has set her goal to make this happen by 2016.

#bridge
#governors island
#Nancy Nowacek
Do you know the scoop? Comment below or Send us a Tip