The Brooklyn Museum on a normal day. (Photo via thelexiphane's flickr)

That new James Spader show The Blacklist (that we really didn't think we'd be writing about again so soon) is filming in Brooklyn today. Big deal, right? But they've turned the area around the Brooklyn Museum into Washington D.C..

There will be some simulated police, ambulance and fire department activity in the Museum's main driveway to recreate a Hazmat disaster, so don't be alarmed. But do send us your photos and video of the scene. Update: Here are some pictures! 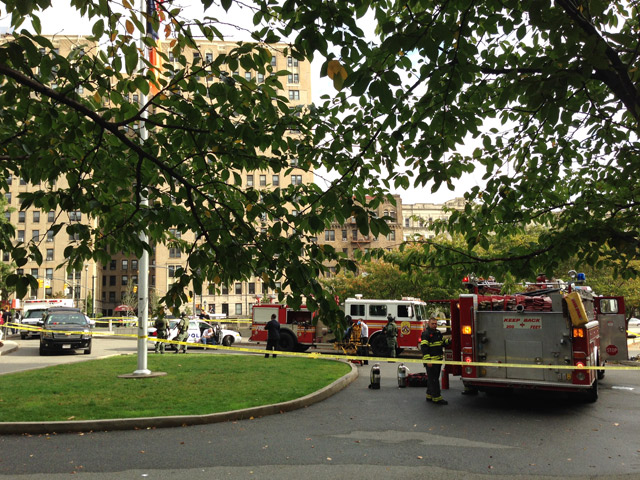 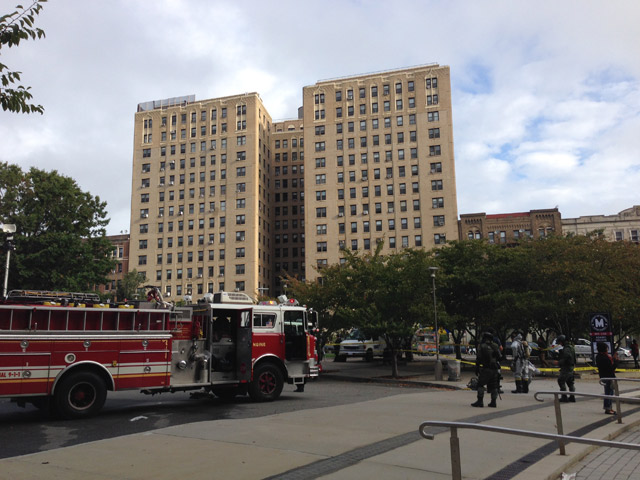 However, DCist's Matt Cohen point out that this is an inaccurate rendering of the Metro's Red Line station sign at Tenleytown—it looks more like this.

The show (which recently reintroduced us to the Aviation cocktail) follows former government agent Raymond "Red" Reddington (Spader) who "surrenders to the FBI with an offer to help catch a terrorist under the condition that he speaks only to Elizabeth Keen (Megan Boone), a young FBI profiler."