Are These The Most Monday Subway Doors Of All Time?

It's Monday and it's still chilly even though it's mid-April, and many New Yorkers also awoke to a nice, dreary drizzle to really make this gloomy Monday morning even Mondayer. And then the subway, with the delays and the crowds and that thing where the stupid doors won't shut and instead keep mincing back and forth like a sadistic self-taught accordion player with the hiccups in Hell's shittiest non-alcoholic beer hall.

And then here was the scene inside a subsequent downtown 1 train in Manhattan, where people just said fuck it and sat right down on the floor like they're just hanging out between sets at Bonnaroo. Probably won't get norovirus or anything... 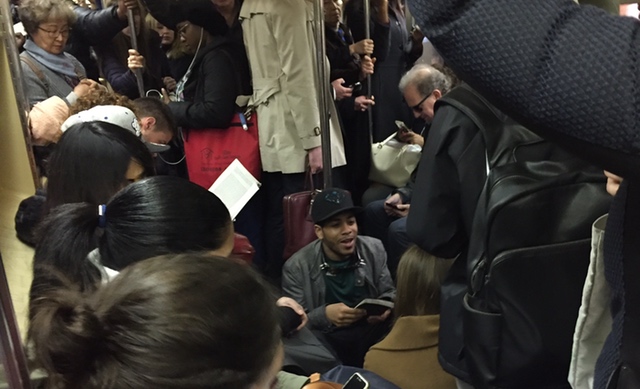 Anyway, we just wanted to take this opportunity to tell Monday to go straight to hell with its lame ass face. ("Remember when Mondays used to be a drag and then Gothamist blogged that sick Monday burn and then we never had stupid Mondays anymore?" your grandchildren will one day ask.) But to be honest, this is really just an excuse to remind you to follow Gothamist on Instagram (and Snapchat! and Instagram, YouTube! and Twitter! and Facebook! and Hangr!). Please like us. We're your friends. We're not like the others.