Apple Gets Edgy in Williamsburg 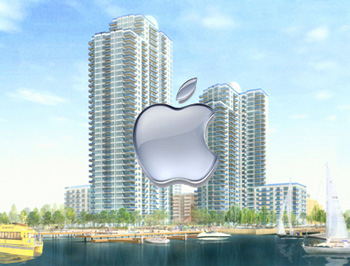 Last month rumors of an Apple Store in Brooklyn started to spread, and now there's some news on where the store may land.

Originally it was suspected that Brooklyn residents would be sinking their teeth into Apple on Atlantic Avenue near Clinton. Then someone claiming to be "Dana Hemphill, the Apple Northeastern Representative" said the company was "currently in negotiation to open our 1st retail location in Brooklyn, NY on Atlantic Avenue, not far from Court Street," mentioning it "should up and running by the second quarter of 2008."

Today The Post reports that Apple (and Barneys Co-op, for that matter) has been in discussions with residential property The Edge in Williamsburg. The property will have 75,000 feet of retail space and is located along Kent Avenue spanning North 5th Street to North 7th Street. Is a Genius Bar in store for the 'Burg? Only time will tell.

For Manhattanite Mac users, there may be another shop coming your way as well, MacNN reports: "Apple may be re-investigating a corner retail location ranging between 3,000 and 5,000 square feet across from the Empire State Building. Development plans will cost up to $125 million, and city permits have already been issued to a firm which will set up scaffolding around the address as well as the adjacent addresses. Financial records reveal that Apple would be the sole tenant of a 27,900 square foot building with a lease lasting through January of 2022."