Another Miss New York Is From NYC (This Time, Hell's Kitchen)

Earlier this year, a New York City resident won the Miss America pageant. Now, another Big Apple dweller is vying for the Miss USA crown, which will be announced tonight in Las Vegas.

Miss New York is Joanne Nosuchinsky, 24, who lives in Hell's Kitchen. She told the Post, “I think one of my strengths is that I love being in front of an audience"—she's currently on She adds, "I am hoping this opportunity opens other doors for me in my acting career." 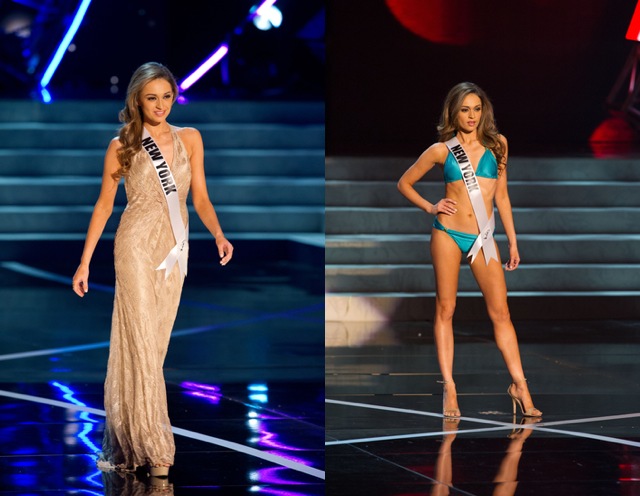 According to her bio, "Amidst being diagnosed with scoliosis and having to wear a back brace for four years, Joanne persevered and was admitted to the Performing Arts Center at Howell High School" (NJ). She also attended Rider University—and apparently prefers stripes to plaid and chocolate to vanilla: