Andres Levin is something of a legend in the world of music production. Having produced and written for a genre-spanning array of greats—from Chaka Khan to Tina Turner, David Byrne to Natalie Merchant, and with the In The Heights cast recording thrown in for good measure—Levin has found the time to lend his golden production touch to "Field of Dreams," the free DIY music and art festival coming to Celebrate Brooklyn at Prospect Park tomorrow.

It's unclear what the promise of "Do It Yourself" will entail, but we're pretty excited regardless. The festival is put on by Levin with the Bruce High Quality Foundation, that anonymous Brooklyn art collective whose pieces are blatantly snide and brilliant backhands to the art world. The band list is just as unusually paired, with sets by R&B duo Les Nubians, Cuban fusion singer CuCu Diamantes, Levin's own Afro-beat-meets-tropicalia band Yerba Buena, and a whole host of others. This week Levin took a moment to tell us about "Field of Dreams," his first joint, and what it will take to get him to dish more diva stories.

The list of bands for Saturday is fantastic. Did you handpick them? Is this a compilation of your favorites? Is there one in particular you are especially excited about? Yes, there are a lot of amazing things happening in the New York music scene right now. I wanted to make a musical statement that was about New York as our home and lab beyond any style or scene. Also our coming together (the Bruces and I) for this makes it exponentially more important. I’ve started a new band just for this event called Los Hankey Pankeys. We’re beta testing a new 3-D iPad app as part of the set, as well as inviting lots of good, rare artist friends on stage. Exited about that. All the bands are very different and important. I’ll be shooting a documentary that day that I hope will one day be regarded as an important day in the renaissance of New York’s music and art scene.

I just attended the Latin Alternative Music Conference last week, and the work coming from Latin artists is a new breed entirely. What do you think of the direction Latin alt-electro is going in? Who do you have your eye on now whom you see making a big impact on the genre? LAMC brings great bands to NYC but to be honest, I'm thinking and motivated by all great art; whether Latin or otherwise. I don't like categories and Latin is a category…for now. 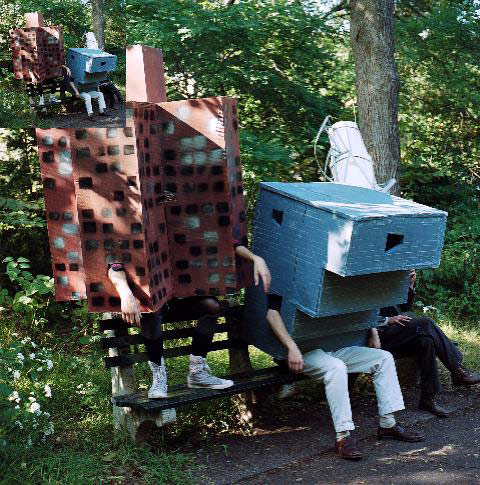 Is “Field of Dreams” your first venture into the world of festival production? Do you have more planned? Well, I actually did several multi-artist shows before in large venues. One that stood out was the tribute to Fela Kuti at BAM, the Barbican and the Hollywood Bowl. Lots of great energy comes out of these events and so yes I plan to do lots more. This is the first time for an event of this complexity and I know it will not be the last—a public park show where art, music, neighborhood, family, technology & comedy can all exist at once.

What exactly does a DIY art festival entail? How will the DIY aspect figure in? DIY: do it yourself! As artists and musicians we must not wait for opportunities, we have to create them.

Do you consider producing for your clients to be your profession, and leading/producing/writing for Yerba Buena more of a creative outlet? Or is there more crossover than that? I've decided not to have a profession any more. I get involved in projects that inspire me and help inspire others. This year I did Natalie Merchant’s poetry album, produced Field of Dreams, produced a movie as well as several ad campaigns & albums, and learned some new tunings on my guitar.

Yerba Buena’s sound is very genre blending. You’ve got Afro-Cuban, you’ve got hip-hop, and there’s plenty of Boricua sound too. How does your Venezuelan background factor in, musically? Interesting, because the most inspiring thing about Venezuela was doing electronic music with my dad in the context of the Caracas Tropicalia-rock music scene. I lived 6 years in Bahia, more than 20 in New York and plan on moving around a lot. So I think Venezuela will continue to creep into my work. Especially the 5/4 merengue!

Where does the name Yerba Buena mean for you? How did you all find each other? Well it means “good herb” even though I don’t smoke much anymore. I did smoke my first joint at 13 with my dad making electronic music in Caracasso go figure.

Yerba Buena was really founded by Cucu Diamantes. She was the visionary and spark that jump started the whole thing. I took this and made it into the records. More than a band, it’s a diary of our life experience and collaborations in NYC... and will be a musical someday. As all music for me now is visual. I’m always trying to find universe-bending ideas.

You’ve produced and written for quite the list of very high-profile artists—Tina Turner, Chaka Khan, Gladys Night and Macy Gray to name a few—who among them did you most enjoy working with? Any production horror stories? There are many—I love producing and squeezing the best out of people. I've had the opportunity to work with many and will continue to. I'm not going to talk about horror stories on this one, but maybe over some tequila.

You attended both Julliard and Brooklyn College. What was college life in NYC like for you? College was very intense and confusing. I loved some of my teachers, was absolutely bored by others. I think the best lessons I learned on the streets, in the studio, at the clubs and in the subways. That said, I am very fortunate to have had the opportunity. Even though I dropped out several times I got a lot from it and will continue to be studying in or out of school.

Do you live in NYC now? I do most of the time. This is my main home and I enjoy every second I putz around the streets of it.

Where do you hang out when you're in the city? Where do you eat? I love Frankies, Ninth Street Espresso, The Box, the dog parks, the bridges, Loisaida, all the American and Irish bars that played the World Cup in Spanish.