And the Award Goes To...

1967: Sir Thomas More topped …Virginia Woolf? at the Oscars, the Great American songbook beat out The Beatles' Revolver at the Grammys, and Emmy-winner "The Monkees" brought pop music to TV.

1990:Driving Miss Daisy, nowhere to be found on AFI's Top 100, won Best Picture over #96, Do the Right Thing, which went un-nominated at the Oscars. Bonnie Raitt's Nick of Time won the Grammy over of The Traveling Wilburys, featuring former Beatle, George Harrison. The newsroom bested the neighborhood bar, with "Murphy Brown" taking the Emmy over "Cheers." 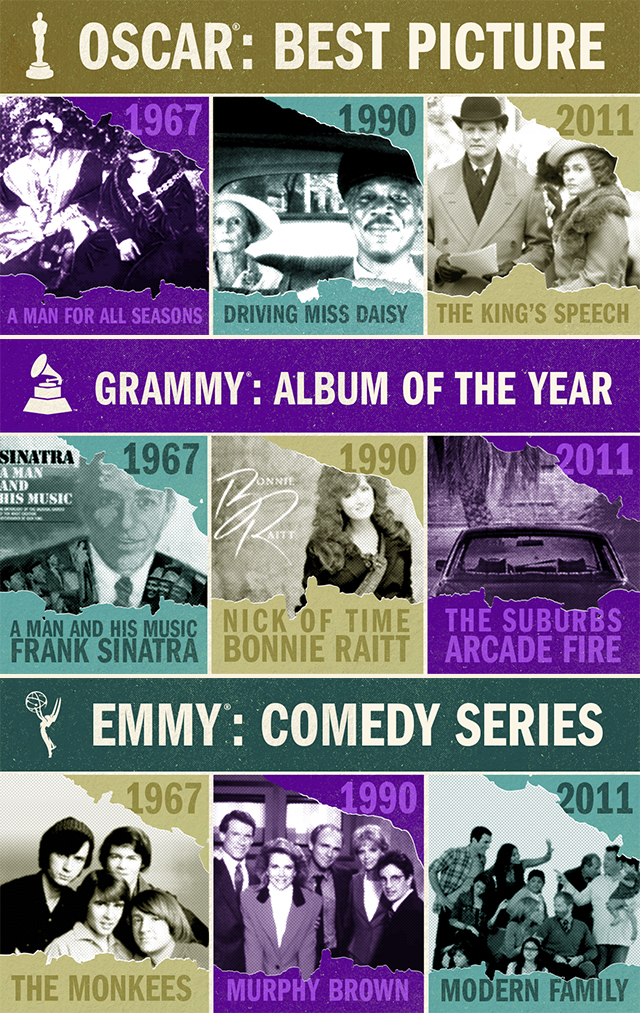 London, 1967. Beatlemania is in full effect, the "Me" generation is in its prime. But what will happen when the sex, drugs and rock 'n' roll fade away and these boomers have babies of their own? Love, Love, Love spans more than four decades and lays bare the consequences of growing older without growing up.

Now playing. Tickets start at $89. Theatergoers who are 18-35 can join Hiptix for free and get access to $25 tickets.

This post is brought to you by LOVE, LOVE, LOVE at Roundabout Theatre Company.