You probably don't remember me, seeing as both my physical presence and my voice appeared invisible to you. I'm the person whose chair and legs you stepped over when you arrived during the previews for last night's 10:30 p.m. screening of Star Wars: The Force Awakens on the Upper West Side. Whose chair and legs you stepped over again as you left for snacks when the film had just started. And again when you came back with said snacks. And again when you left...and returned...for no discernible reason at all.

I'm the person who—after several minutes and furtive glances and not so subtle staring jags—finally asked if you wouldn't mind not having a full-blown conversation as the scrolling credits disappeared into space. And again during a tense moment of some of the new heroes running through a new desert planet. And that other time when, during a moment of extreme emotional weight, you had some anecdote that simply couldn't wait until you were out of the theater to express. And then that other time you opened your mouth. And the other time, too.

Let's not forget the time when you were talking SO loudly and with SUCH DETERMINATION that you literally did not hear me begging you to please, for the love of Chewy, PLEASE just stop talking. You probably think of the waves of "Shhs" as gentle white noise intended to compliment the enchanting timbre of your voices.

The people on both sides of me who wouldn't stop talking during last night's Star Wars screening: you are why I turned to the Dark Side

Oh—you to my right! I didn't mean to ignore you four. You were hard to miss, too, with the constant narration; the live play-by-play of every action scene; the giggling and fidgeting during weighty character revelations; the, "No way he's gonna do it" to the "Damn, I knew he was going to do it" peeks into your inner monologue. No, I'm all set with my bottled water over here, but thank you for offering me some of your soda by way of repeatedly rattling the ice when the on-screen volume was low. It reminded me about the importance of hydration.

I get why your group showed up late, too. Those reserved seats are such a blessing! I too enjoyed avoiding the line, strolling in dry and unburdened by hours on the sidewalk. Don't worry—the seemingly endless rustling of bags, jackets and concessions was only mildly disruptive as I tried to listen in to my other neighbors' conversation. Rest assured, I was still able to hear and appreciate when his cell phone rang. Those catchy ringtones can get my attention anywhere!

It was raining and crappy last night, so I can understand wanting to spend the night indoors. I can only imagine spending the $20+ each on tickets to opening night of what is arguably the most anticipated release of cinema's most beloved franchise rebooted by a celebrated director who managed to Get The Old Gang Back Together for a heartwarming, exciting reunion was the only way you could stay warm while catching up with your buddies.

But you're probably just a PWEDITITETPF. So fuck you. 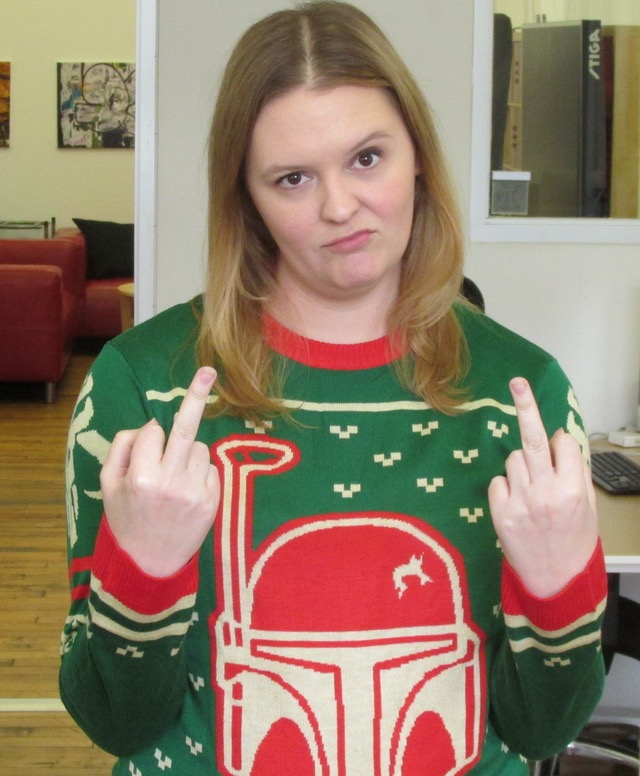 #dickbags
#rant
#star wars
#star wars the force awakens
#original
Do you know the scoop? Comment below or Send us a Tip