This week Amy Schumer released her book, The Girl With The Lower Back Tattoo, and has kicked things off with some signings in and around New York. But the publicity push has been overshadowed by a growing backlash to a number of outrageous statements made Kurt Metzger, one of the writers on her TV show.

Metzger went on a rampage this week via his social media channels, mocking women who attempt to call out alleged rapists. This came after some people apparently tried to call out another comedian who had allegedly raped a number of women, which led to that comedian getting banned from UCB, a move Metzger likened to "mob justice." His overall "point" came off critical of the way rape victims report being the victim of a crime, mocking those who don't go straight to the police to file a report.

He was relentless, firing off a slew of tweets and Facebook rants—he's since deleted a few of them... and added a few more. Schumer was called out to respond, given their friendship and working relationship, and while she initially blocked people trying to address her about it on Twitter, she eventually responded saying she was "disappointed" in Metzger. He claims, "I specifically told her to do exactly what she did." (Hey it's a pattern: Metzger told Schumer what to do! Metzger told rape victims what to do!) 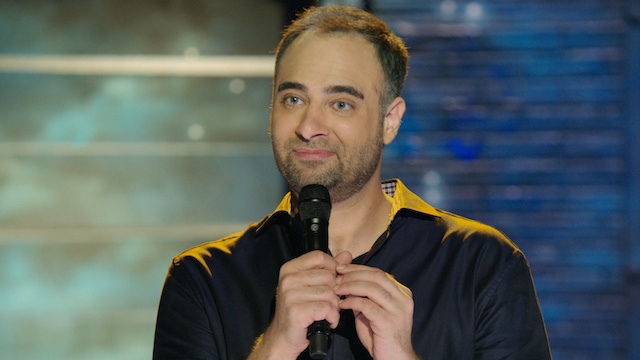 I didn't fire Kurt. He isn't a writer for my show because we aren't making the show anymore. There are no writers for it.

Schumer's statement also noted that he was no longer a writer for the show, which she clarified last night by pointing out he was not fired, but that Inside Amy Schumer is no longer being made. A bit of a surprise, given it was picked up for another season. Comedy Central has yet to comment with any clarification on what happened here.

UPDATE: Schumer has clarified that "Inside Amy Schumer is not cancelled. Comedy Central has provided us with a wonderful home and we couldn't be happier there. I am just touring, doing Standup and focusing on writing more for the next year at least. We are slated for a season 5 but not in the foreseeable future."

#InsideAmySchumer is not cancelled. @ComedyCentral has provided us with a wonderful home and we couldn't be happier there. I am just touring

Schumer has, however, canceled her Long Island book signing (and possibly a Sirius appearance) set to take place tonight. According to Newsday, her "appearance Thursday night at Huntington’s Book Revue has been canceled. No reason for the cancellation was given according to an announcement made late Wednesday night by the bookstore."

Meanwhile, Metzger has gone back to firing off messages on his social media channels, last night declaring: "Let me once again clarify my rantings, since my punishment the mob is howling for is now officially more severe than the one for the actual rapist." He apologized for his language, but not his message, and went on to say:

I admit to deliberately being as inflammatory as possible with my language to deliberately anger the mob of people who say, "You are with us or you keep your mouth shut." I was aware they would twist what I said to try and blackball me from whatever they could. I don't want to cater to these bullies.

It's unclear which of Metzger's very direct and crystal clear words were "twisted," but he is now using rape victims as a human shield against "the social media mob," asking for them to come stand on his side: "Hey any other rape victims who are disturbed by this social media mob but can't speak up because they will eat you alive for questioning them, please message me." He also compared those calling him out to "lynch mobs," but believes lynch mobs were more "focused and competent compared to you. Your score is: rapists caught: 0."

#amy schumer
#kurt metzger
#rape
Do you know the scoop? Comment below or Send us a Tip
A new Gothamist is coming! We’ve moved comments over to our beta site. Click here to join the conversation and get a preview of our new website.