Amazing Images Show Manhattan Inside Of The Grand Canyon

After some time spent travelling around America, Gus Petro started a new project titled "Merge," which brings two vastly different locations together in a series of surreal images. Petro explains, "In this project two opposite places are merged into one: New York City, where, it seems like, everyone wants to live there, and Grand Canyon / Death Valley, which are unlivable." 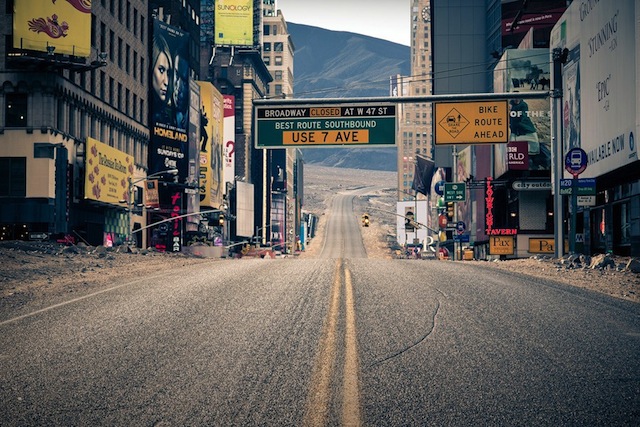 He created the images using his own photographs and, of course, Photoshop. But it looks so real. In fact, he told Atlantic Cities: "After showing the images, most of the people who haven't been in either place thought it was real. They began questioning me where it is. I didn't expect that for sure."

Prior to this, he offered up the photos separately in his series Empty (Grand Canyon) and Dense (NYC). You can see more from his "Merge" series here. [via Reddit]

#grand canyon
#gus petro
#manhattan
#photoshop
Do you know the scoop? Comment below or Send us a Tip