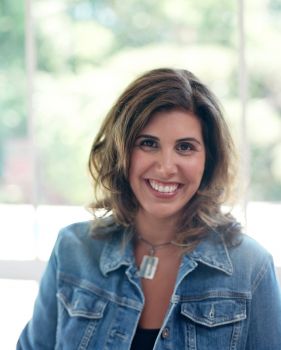 Alexandra Patsavas may be known by some for bringing The Flaming Lips to the Peach Pit After Dark in the 90210 zip code (video). Since then she's been soundtracking shows like The O.C., Grey's Anatomy and Gossip Girl -- but her talents extend beyond the small screen. She also just launched her own label, Chop Shop Records; and this year she brings Breaking the Band back to the Tribeca Film Festival. The concert takes place at Webster Hall tonight, and features bands like Bad Veins and The Hold Steady.

How did you get involved with the Breaking the Band show? In May 2006, Josh Schwartz and I were invited to speak on a panel at Tribeca Film Festival about the music in The O.C. We discussed the soundtrack series, "Bait Shop", covers created for the show, music in general. I put together the Festival's first Breaking The Band showcase as a companion to the panel including some O.C. favorites including Mates Of State, Ted Leo and The Pharmacists, Matt Pond, Nada Surf and special guest Ben Gibbard.

How did you pick the bands? So much important and innovative music is coming out of the city these days, I was interested in lining up some great talent from New York. As the Music Supervisor on Gossip Girl (Josh Schwartz/Stephanie Savage produced), I have been focusing on music created here.

If you could add more New York bands, who would be on the bill? The National, The Pierces, MGMT, Yeasayer

How did you get started in music supervision? I was hired by a good friend (Aaron Osborne) to supervise his directorial debut for Roger Corman. The feature, "Caged Heat 3000", included plenty of women in prison in space and lots of Fu Manchu and The Ape Hangers. I worked on a number of movies for Roger's company, did a lot of additional low budget feature work and eventually started Chop Shop in '98.

Will Gossip Girl be getting its own "Bait Shop" in the future? I'll have to ask Josh and Stephanie, but I would love to book The Bait Shop NYC. We have had on-cameras by The Pierces and Lincoln Hawk.

Is there a success story that stands out in your career thus far, as far as placing a song in a show and having the band "blow up"? I am always uncomfortable answering this question, as I think so much goes into a bands "overnight" success - usually years of touring and songwriting. Bands that have been spotlighted on shows that I work on include Snow Patrol, The Fray, Imogen Heap, Death Cab For Cute and current Gossip Girl fav... The Kills.

Has a band ever rejected the idea of being on a show? I had some trouble with The Killers this year.

Are there any other off-screen endeavors we can look forward to from you in the future? Patsavaspalooza, perhaps? Ha! I am hard at work at my new label, Chop Shop Records but no festivals planned at the moment.

Which New Yorker do you most admire? The late, great Joey Ramone

What's your current soundtrack? So much great music out there, Uh Huh Her, Sam Sparro, The Republic Tigers, Nada Surf, Phantom Planet