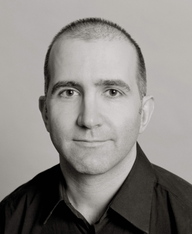 Alex Ross has worked as the music critic of The New Yorker for over a decade. Somehow he still had time to churn out a book though, his first, The Rest Is Noise: Listening to the Twentieth Century

, hit shelves late last year. The tome delves into the cultural history of music since 1900, and even has Björk touting: "Alex Ross's incredibly nourishing book will rekindle anyone's fire for music." Tonight he'll step away from the printed word and you can catch him chatting with Stephen on The Colbert Report.

You've been music critic at The New Yorker for over a decade now, how have you seen the New York music scene change?
I can’t speak for music in general, but the classical scene is a lot more interesting than it used to be. Back in 1992, Carnegie Hall was piling on the out-of-town orchestras and star soloists, most of them recycling nineteenth-century hits; the Metropolitan Opera was on cruise control and Franco Zeffirelli’s kitschy, bombastic productions dominated the stage; new-music programming was highly regimented, with strict academic music uptown and far-out experimental music downtown. It’s totally different now. Carnegie, with its underground Zankel space, offers some of the liveliest programming in the city. New-music ensembles have proliferated: I count more than fifty. Miller Theatre up at Columbia maps out contemporary music and draws a big young audience. The Met is bursting with fresh theatrical approaches and technological wizardry. It’s a a great era—I feel lucky to be living through it.

Do you think there will be another great music revolution (classical, jazz, rock, rap), or are we destined to hear sounds of the past forever peppered throughout new music? Can anything truly new and original be created at this point?
Twentieth-century music thrived on innovation and information—the rise of dissonance and electronic sounds in classical music, the advent of jazz, the rapid-fire development of one pop genre after another, documentation by way of recordings of musical traditions from around the globe. At the moment, the pursuit of the “new” does seem exhausted. I hear a lot of retrospective sounds in jazz and rock. Many classical composers, too, are browsing through extant traditions instead of engendering new ones. But I have a feeling some violent surprises are in the offing. M.I.A, Joanna Newsom, Timbaland’s productions, the operas of Kaija Saariaho— we haven’t heard music like this before, we’re not even sure what to call it. The next Rite of Spring may happen next weekend in some warehouse space in Long Island City.

What would you recommend to a younger, or new classical music listener?
First, go to a live concert. Recordings capture only a fraction of what makes classical music compelling—the social experience of listening with a crowd in real time, the physical and psychological effect of hearing natural sound reverberate in a room. People might be surprised to learn how cheap some concerts are. If you’re a student, a New York Philharmonic concert costs $12. Standing room at the Metropolitan Opera goes for $15 or $20. Miller Theatre gives 40% off for people under twenty-five. I’d also suggest buying a few recordings representing various centuries and styles: say, the Tallis Scholars singing masses of Josquin (Gimell); the late Lorraine Hunt Lieberson singing Bach cantatas (Nonesuch); Otto Klemperer conducting Beethoven’s Eroica Symphony (EMI), Esa-Pekka Salonen conducting Stravinsky’s Rite of Spring (DG), and Steve Reich and Musicians playing Reich’s Music for 18 Musicians (ECM or Nonesuch).

Is there a musician out there that you think is something special that people should see? Was there a particular performance by this person that comes to mind?
The most amazing new musician on the classical scene is the young Venezuelan conductor Gustavo Dudamel. There’s a YouTube video of him conducting the “Mambo” from West Side Story, it gives a sense of the incredible technical control and expressive energy he draws out of his Venezuelan youth orchestra—or any orchestra, for that matter. To experience him week after week, you’re going to have to move to Los Angeles; he takes over as music director of the LA Phil next year.

Your first book, The Rest is Noise, came out late last year, and you were just nominated for a National Book Critics Circle Award. How long did it take you to write, and what was the process of writing what is essentially a history book? Will you write another?
I started writing the book in the year 2000 and finished a draft in 2004. Then I spent two years cutting it in half, because it was almost 400,000 words long. Basically, I had to absorb a huge amount of information about the twentieth century—from books, archives, interviews, and, of course, music—and then filter out the stories that really moved the larger narrative along. I was trying not only to write a history of music but also to find an oblique new angle on the century itself. Hence the subtitle, “Listening to the Twentieth Century.” Needless to say, this was a fairly ambitious idea. If I write another book, I might try to take on a slightly tidier subject, to avoid losing my mind all over again.

Your book traces the history of the 20th century through music. What composer (dead or alive) do you think would score the current state of the world?
Michael Gordon, in his score for Bill Morrison’s film Decasia, has written the perfect soundtrack for the early twenty-first century. It’s not pretty.

Which New Yorker do you most admire?
Joan Didion.

Given the opportunity, how would you change New York?
Cut the rents. Ban out-of-towners from buying more than one apartment.

Under what circumstance have you thought about leaving New York?
I was ready to flee after my first year in the city. As a native of sleepy Washington DC, I had a hard time coping with the noise and speed, not to mention the phenomenal sloth of the F train to Brooklyn after 10PM. I also wasn’t very happy writing for a daily newspaper. I had a stamped acceptance letter for graduate school that I carried to the mailbox but didn’t send. It took several more years before I really fell in love with New York. The change came when I started jogging up and down the Brooklyn waterfront and over the Brooklyn Bridge; then I saw the beauty in the frenzy.

What's your current soundtrack to the city?
Jonny Greenwood’s There Will Be Blood score; Philip Glass’s Koyaanisqatsi.

Best cheap eat in the city.
The $13.95 spaghetti at Le Zie in Chelsea. You won’t need to eat the following day.

Best venue to see music.
The Allen Room at Jazz at Lincoln Center.